Warning: Use of undefined constant ‘WP_DEBUG_DISPLAY’ - assumed '‘WP_DEBUG_DISPLAY’' (this will throw an Error in a future version of PHP) in /home/customer/www/toriaandco.com/public_html/wp-config.php on line 77
 Walking with Ghosts - TORIA & CO 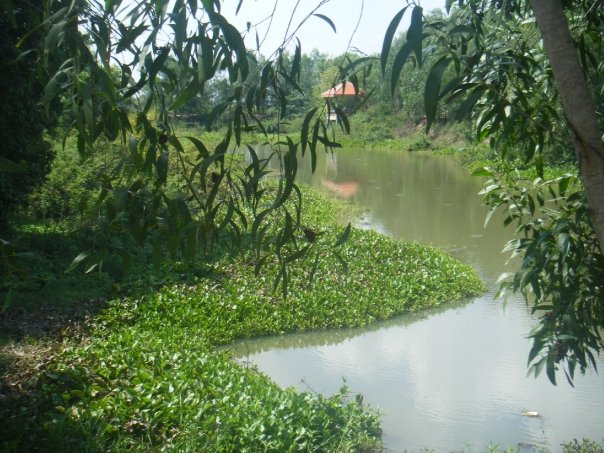 It is a must-visit for anybody who travels in Cambodia, but it is not for the faint-hearted. The tour of the high school S-21 museum and the killing fields, on the outskirts of Phnom Penh in Cambodia, is a gut-wrenching and emotional experience.

Most hotels and hostels carry a copy of the 1984 movie, “The Killing Fields”, which is a good precursor for the night before to get a better understanding of what happened here before you visit. The used book stores around Phnom Penh usually carry many different books on the subject too, if you’ve got more time to prepare.

In a nutshell, the Khmer Rouge renamed Tuol Svay Pray High School to S-21 during 1976, and turned the former high school into a prison for torture, interrogations and executions. It is believed that there were only 7 survivors of over 14,000 prisoners who passed through it’s walls. Mass graves were formed at what is now called “The Killing Fields”, nearby to S-21. The Khmer Rouge documented every detail of what they did to these prisoners, taking thousands of photographs, some of which are displayed in the old “torture chambers” around the museum. The images are shocking, gruesome, horrifying, and deeply saddening.

Wandering the halls of S-21 is a haunting experience. Classrooms converted into tiny make-shift cells are too small for the average human to be able to lie down in. Other classrooms were turned into torture chambers. Today, the original steel beds, torture devices, stained floors and walls still remain, with the addition of a surreal portrait showing the same rooms during their once, horrifying, use.

After our tour of S-21, we hailed a tuk-tuk and headed over to the site of the mass graves. To the naked idea, the site today is a beautiful garden covered in luscious grass and beautiful tree’s. The only tell-tales of the dark past that haunts the beautiful garden is in the form of small signs that inform you how many men, women and children were found in each of the mass graves, as well as the giant monument that stands in the middle of the site today to commemorate the fallen. The monument’s walls are completed surrounded by the skulls of those found here, displayed as a very dark reminder of the sheer size of the obscenities that happened here. In the middle of the monument, my eyes fell on a pile of old tatty clothes, torn and stained, and I think that is when this nightmare of a place really hit home with me.

Desensitised as we are from our generation’s exposure to movies with life-like and realistic blood and gore, it was so saddening to see the victims skulls in their glass box surround, but it still felt so surreal and incomprehensible for the most part until, upon seeing those clothes (the tattered clothes of murdered children), it all suddenly sank in. Such a travesty.

Don’t expect to be heading out partying after this tour. Settle round your hotel or hostel bar afterwards, get yourself a stiff drink, and be prepared for a night of sullen discussions and debates with your fellow travellers about the failures of the human race. 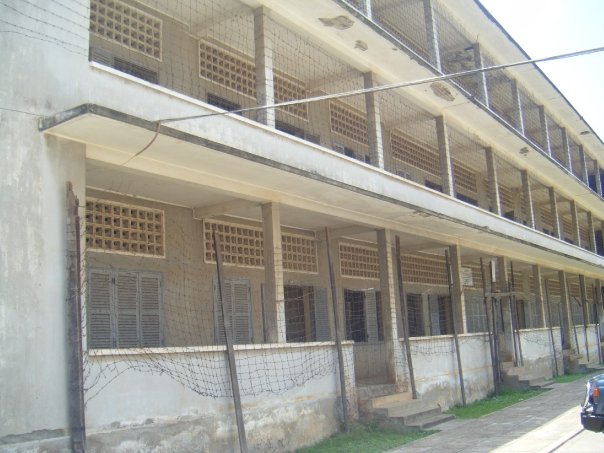 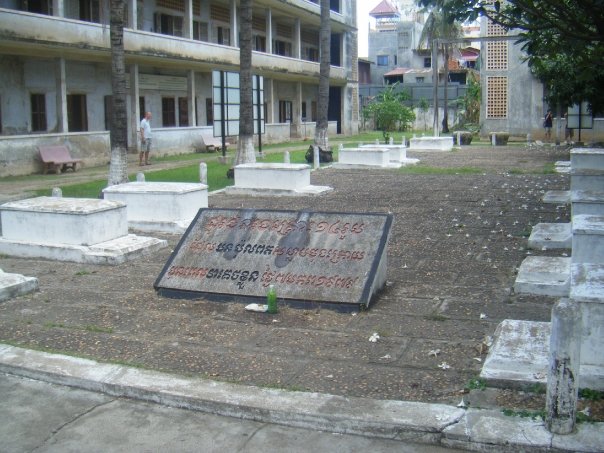 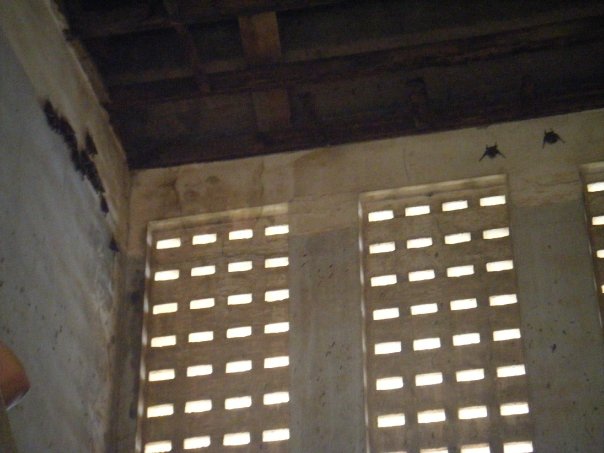 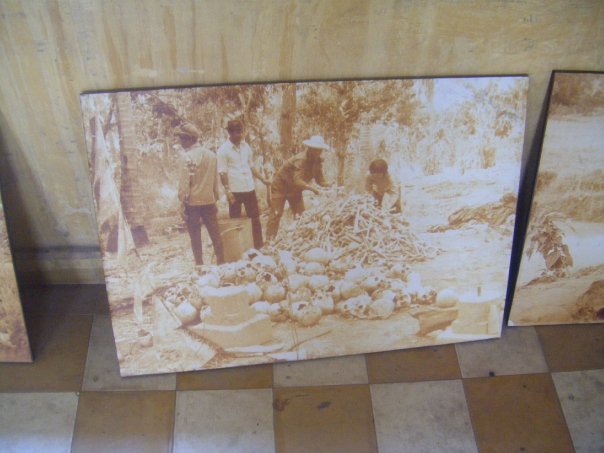 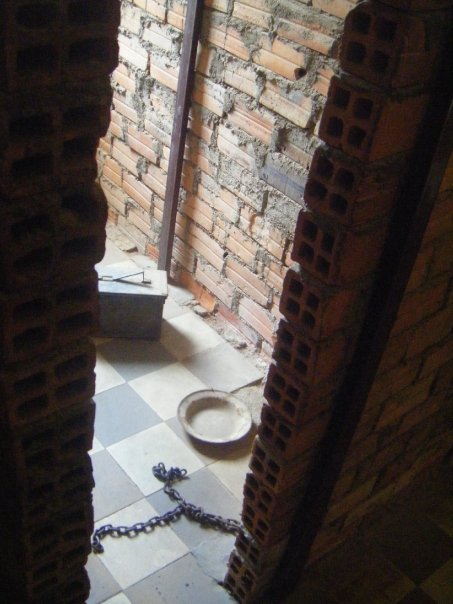 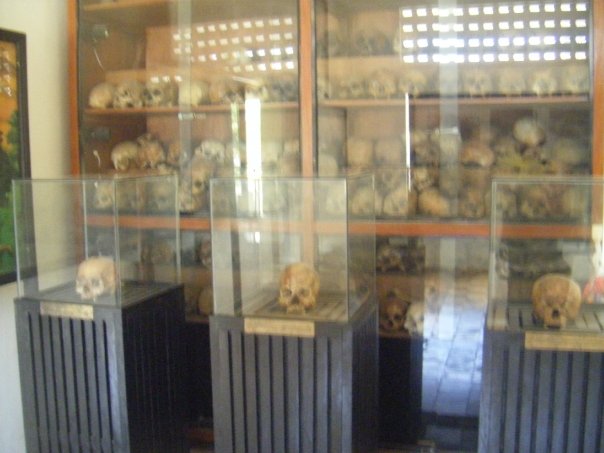 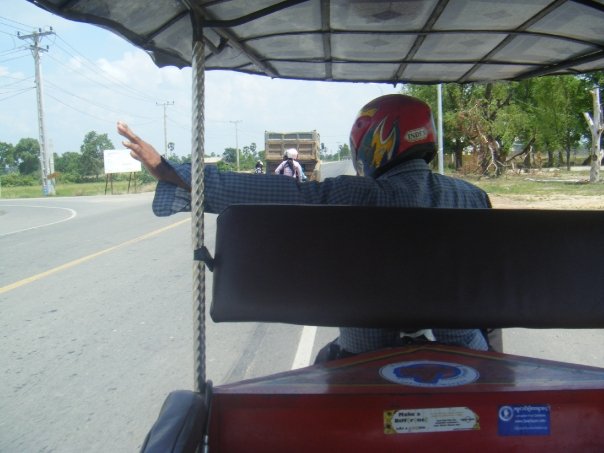