Warning: Use of undefined constant ‘WP_DEBUG_DISPLAY’ - assumed '‘WP_DEBUG_DISPLAY’' (this will throw an Error in a future version of PHP) in /home/customer/www/toriaandco.com/public_html/wp-config.php on line 77
 Newtown, Sydney - TORIA & CO 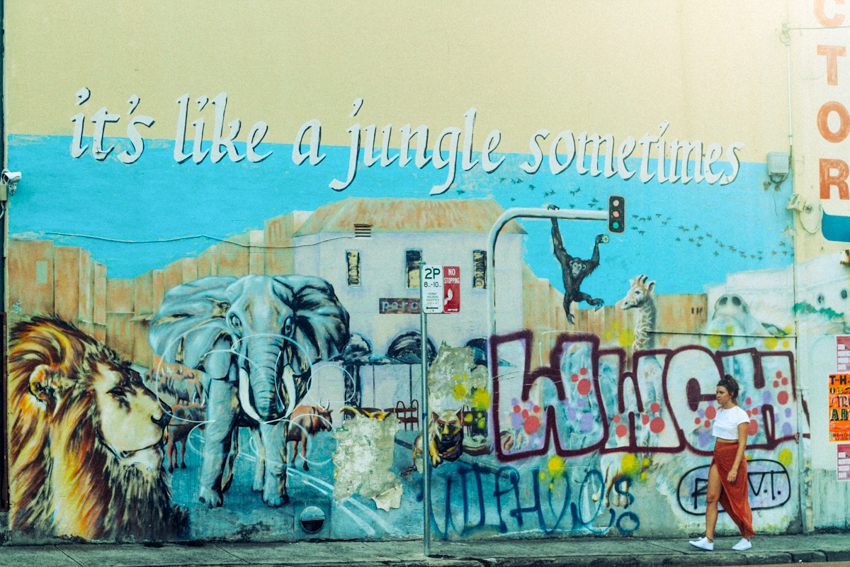 In my opinion, the alternatively trendy suburb of Newtown in Sydney is the closest Australia gets to competing with the über alternative borough of Camden in London town. Newtown caters to the cool kids with a plethora of live music on offer, bars that allow you to party till late in a relaxed and casual setting, and a community acceptance that allows you to be whoever you want to be and dress however you want to dress.

On the border of Newtown, Enmore Road is most widely known for it’s art-deco theatre and entertainment venue, the Enmore Theatre, which has been a major live music and comedy venue since it’s opening way-back-when in 1908. Many trendy bars and restaurants have also sprung up along Enmore Road, and things are only getting better. Stumbling a few hundred yards east from the Enmore Theatre brings you to King Street; the main entertainment strip in Newtown. King Street is brimming with unique shops, restaurants, boutique bars and entertainment venues, and was recently given a boost of publicity as the setting for Coldplay’s video clip for “A Sky Full of Stars”, which appeared to be filmed in one take featuring Chris Martin wandering down King Street dressed like a one-man band.

Newtown is also known for the graffiti art that lines many of the building facades and laneways in the area. Many commissioned and many “illegal”, they are all very much considered art; a testament to the freedom of expression in the area. Newtown is popular among the hipster-cool arty types, the LGBT community and heavy metal-heads alike. There is truly somewhere to cater to every taste!

For me, breakfast in Newtown is always at Urban Bites on King Street. Enjoy a hearty full english breakfast or the special pancakes in the courtyard overlooking the main strip and, with it’s fully covered awning, you can dine al-fresco any time of year.

For lunch or dinner compromising of creative sharing plates and small dishes served in an industrial-chic bar and restaurant, look no further than Bloodwood Newtown. If you are a lover of Thai food, you have to try Thai Pothong. From the giant Thai statues to the in-house gift shop, this over-sized restaurant delivers dishes to delight the palette in a laid back casual setting. Oscillate Widly provides a contemporary sophisticated experience, boasting a great wine list and a wonderfully-crafted eight course degustation menu.

Newtown is also home to many great bars and pubs offering up delicious pub-grub to line your stomach during an afternoon Sunday sesh. For some real soul food to satisfy your munchies, head to Miss Peaches (above the Marlborough Hotel on King St). Treat yourself to mac ‘n’ cheese, southern fried chicken, tater tots or crispy pork belly burgers… um, amazing!

After you’ve filled up on all the amazing food on offer, you’ll be craving something sweet, right!? Take a wonder down King Street and you will find plenty of options for late-night Gelato but, if you want to try something different, beeline for the Hakiki Turkish Ice Cream Bar. Their ice cream is unlike anything you have ever experienced before. The traditional serving comes with a knife and fork, due to it’s special Turkish ingredients that literally stops the ice cream from melting!!

Brewtown Newtown is not just a cafe. It’s not just a bakery, and it’s not just a shop. It’s an innovative dining and retail destination. Whilst the ground floor of this 19th century warehouse may appear to be just a cafe bistro, on level 1 you will find a coffee roastery, artisan bakery, and the OConnell Street Merchants retail centre, where you can shop from a range of hand selected fashion and lifestyle products whilst simultaneously supporting local artisans and makers!

For a good read pop into Elizabeth’s Bookshop, one of Australia’s largest second-hand book dealers. Hang out for a while and absorb the smell of good old books or just pop in to pick yourself up a couple of bargain holiday reads.

If reading is not your thing and you’re looking for a saucier way to pass your time, you will find an array of adult stores scattered all over Newtown as well… Remember, Newtown caters for every taste!!

There are many large multi-storey venues in Newtown that allow you to shimmy from room to room to mix up your evening without ever needing to leave the building. The Newtown Hotel is a great place to spend a Friday or Saturday night, which offers patrons everything from pool tables and a beer garden, to an in-house Photo Booth (known as the ‘kissing booth’) and an actual Caravan on the second floor – fully kitted out with sofas, glittery streamers on the walls and even a podium with a pole!

And what would any suburb, town, city, or country be without a token Irish bar? Kelly’s on King is supremely situated on the main strip, ensuring that pretty much everyone finds themselves in Kelly’s at some point during the night to get their Guinness fix, listen to live music, or participate in one of the regular themed nights of karaoke, trivia or pool competitions.

Then there’s ZanziBar on King St which boasts a superb rooftop terrace, the famous Young Henry’s brewery which has their very own understated bar situated on Wilford St, and The Midnight Special on Enmore Road – the neighbourhood blues and rock n roll bar.

So based on the above I think it’s pretty obvious to say that drinking, eating and listening to live music is a major past time in Newtown!

For the best gigs in the area, check out who’s playing at The Enmore Theatre before you come to town. As one of Sydney’s major music venues, tickets always sell out fast so get in early to avoid disapointment!

Do a Newtown & Enmore Street Art Tour with the Culture Scouts, or stroll the back streets and laneways yourself to find unique and hidden treasures.

Shopping in Newtown is as eclectic and diverse as the drinking and dining establishments, with plenty of boutiques offering vintage, retro, thrift and designer shopping  experiences. There is also a multitude of boutique art galleries to browse as well, and you’re never too far away from a market stall or make-shift bazaar.

Failing all of the above, you can always head to one of Newtown’s tattoo parlours and spend a few hours getting inked instead!

And finally, if you find yourself in Newtown around the month of November, you cannot miss the opportunity to attend the Newtown Festival, which is held annually at the Camperdown Memorial Rest Park. A showcase of the best local and national music, arts, entertainment, food and education, the festival promoters describe the event as a “microcosm of our wonderful neighbourhood and all it means to ‘be’ Newtown”. 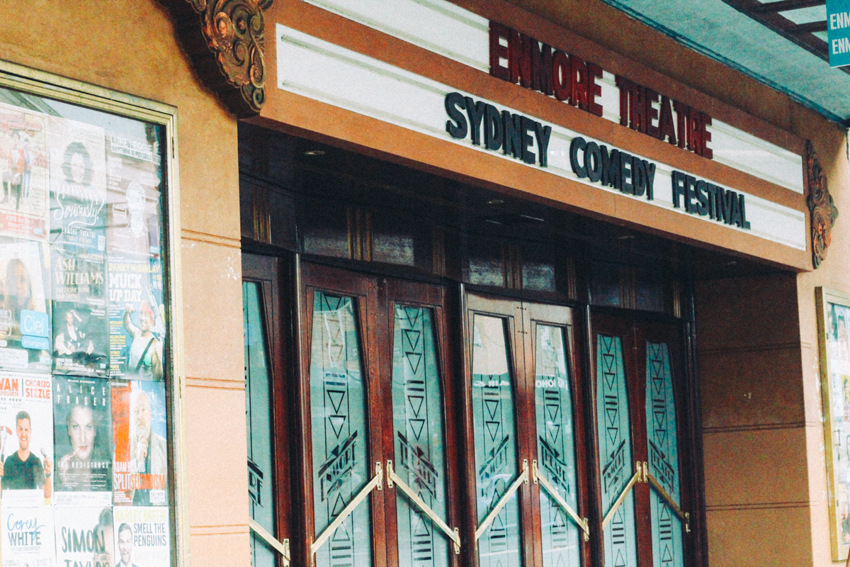 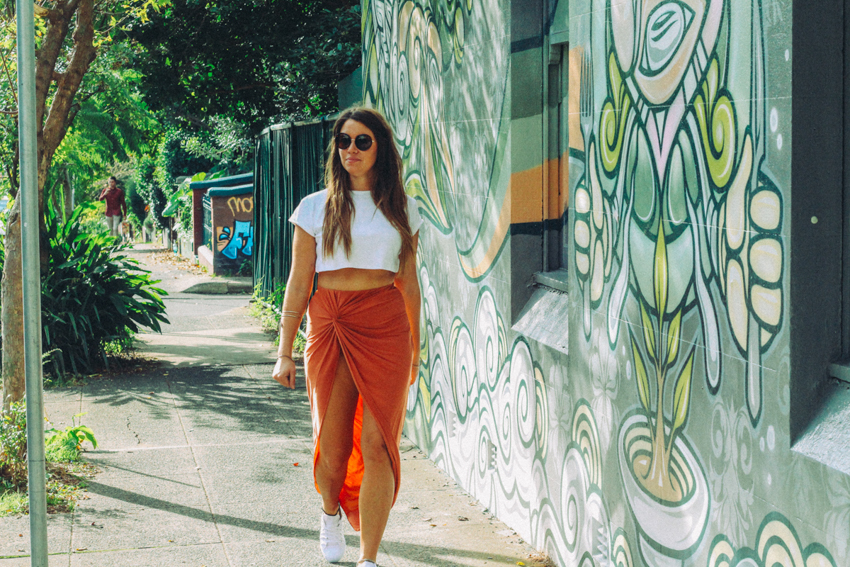 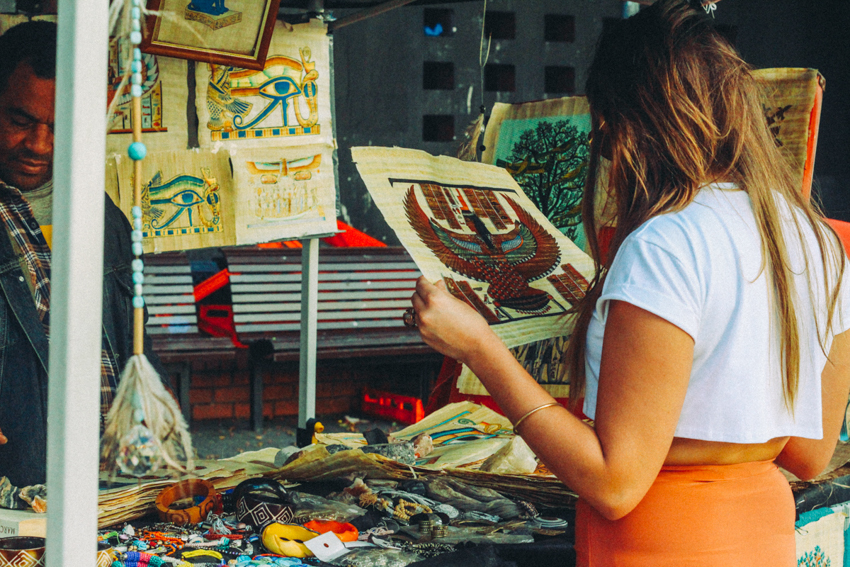 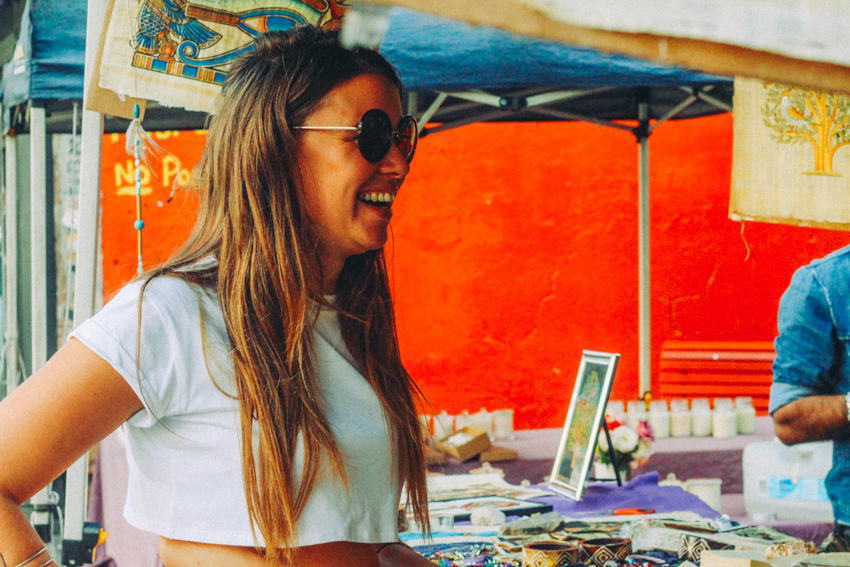 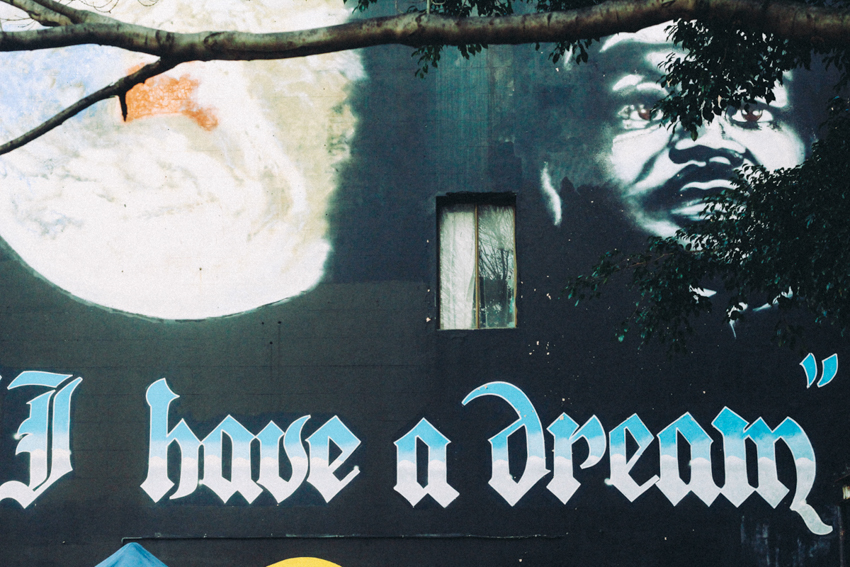 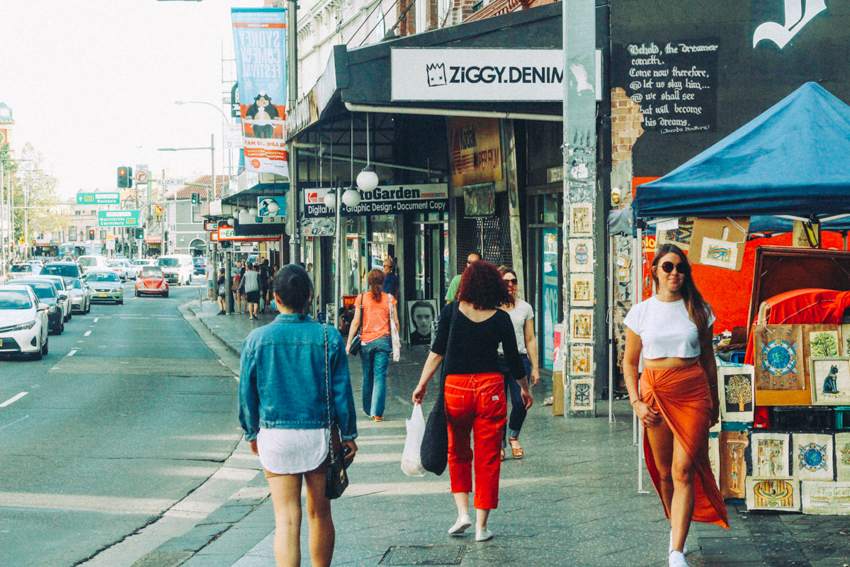 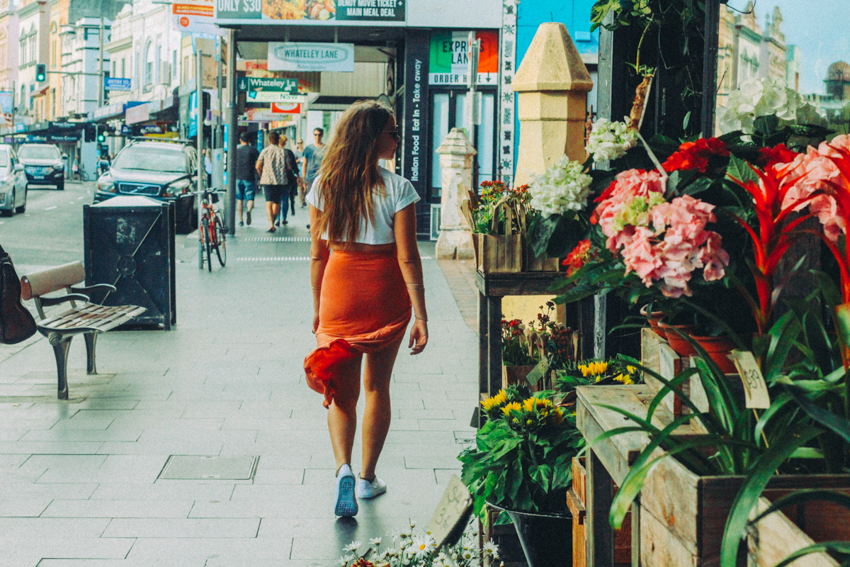 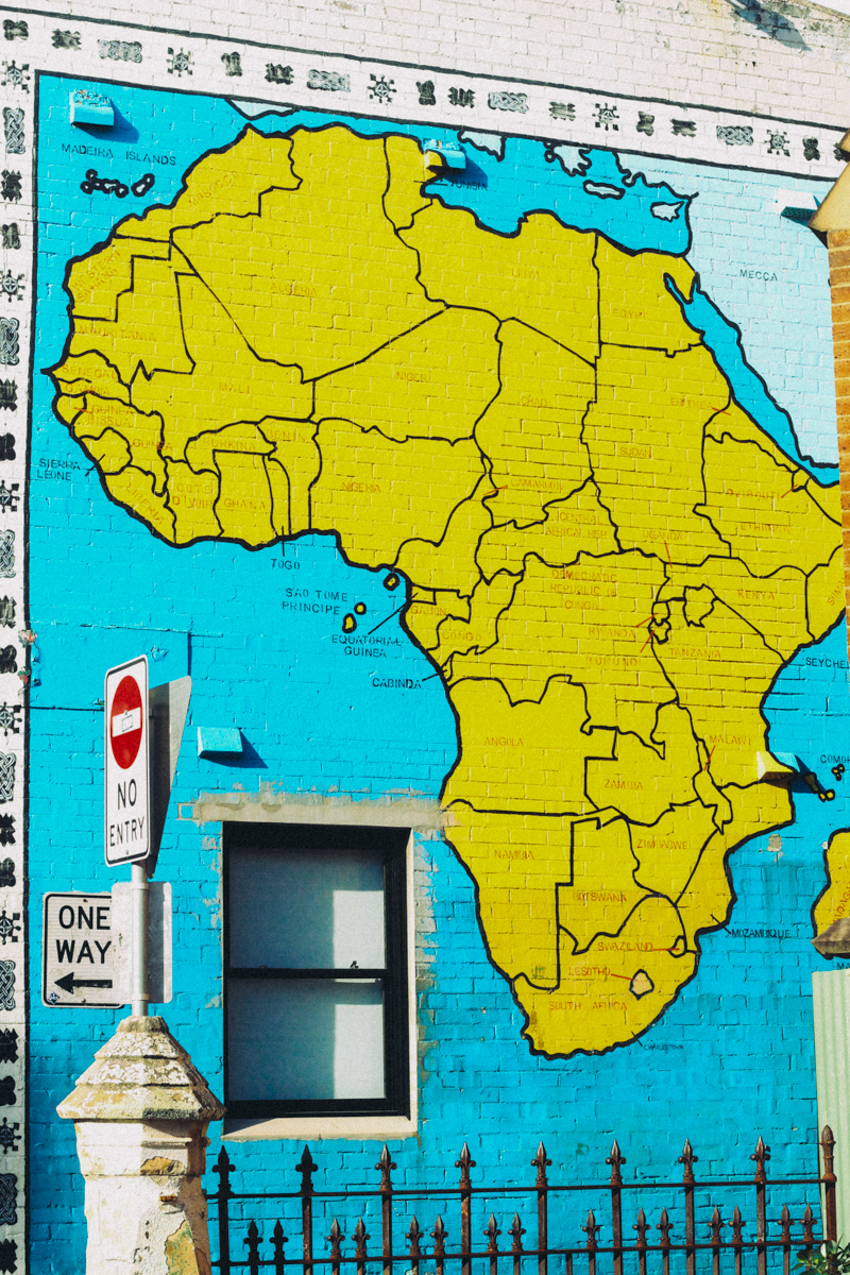