Warning: Use of undefined constant ‘WP_DEBUG_DISPLAY’ - assumed '‘WP_DEBUG_DISPLAY’' (this will throw an Error in a future version of PHP) in /home/customer/www/toriaandco.com/public_html/wp-config.php on line 77
 California Dreaming - TORIA & CO 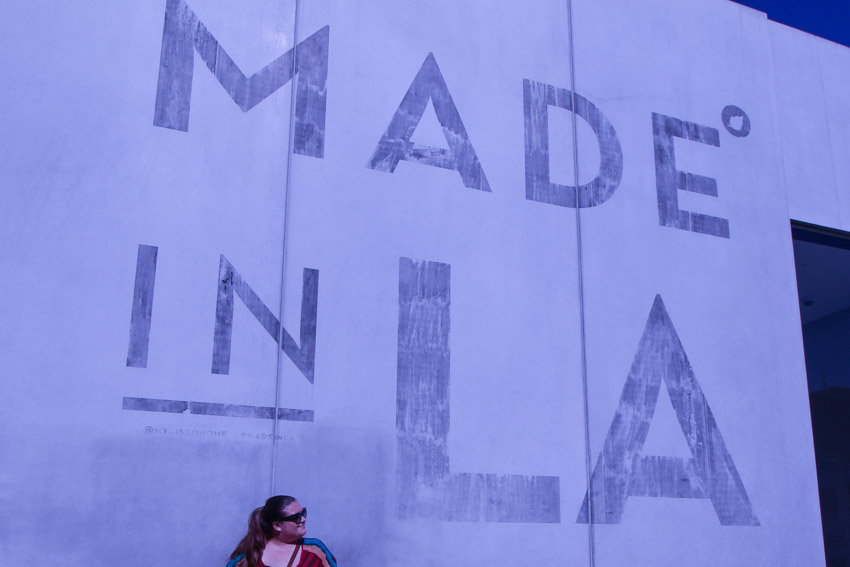 When I was a little girl, I wanted to live in California. I was going to follow the masses and relocate to Los Angeles to chase my childhood dreams of being a Hollywood movie star or global pop sensation. I was going to live in a mansion in Orange Country, and work in the best studios in Los Angeles. I made plans. Wrote endless lists. Dreamed big.

In the end, my future was destined for project management, and a high-rise apartment in Sydney, Australia instead. Something I owe to the travel bug I developed quickly after finishing school. It’s definitely a game changer, that wanderlust!

Little did I know back then that the first time I would ever visit California wouldn’t be until a year before my 30th birthday. It was bizarrely exactly how I had expected it to be all these years, nothing more and nothing less. And to share the experience with you, here is all the highlights from my first trip, of hopefully many, to La La Land.

I flew straight from Boston to LAX with Virgin America. Los Angeles is a central hub for international flights from all over the globe though, allowing you to fly direct from London or Sydney with many major carriers. My flight was comfortable, no complaints. I am already a big fan of Virgin Australia and Virgin Atlantic, so I knew I was going to be just fine in the hands of Virgin America too. As I was queuing at security check in Boston, it finally started to sink in that I was flying to California, just from the sheer amount of handbag-dogs accompanying other passenger’s around me. It was like nothing I have ever seen before!

I was shocked though when, as I thought we had commenced our descend into Los Angeles, the pilot announced that we had been circling LAX for a while and, due to a VIP on the ground we were not cleared to land. I joked with the lady sat next to me that this was Los Angeles for crying out loud, did they not have VIP’s taking off and landing all the time at this airport!? This news became even more frustrating when the pilot announced we were low on fuel and, as such, would have to divert to another airport north of LAX. My new flying buddy and I decided it had to be someone in the Presidential party or opposition, and we weren’t wrong. Luckily, just as quick as the pilot advised we had to divert, we were finally cleared to land. It turned out that Donald Trump was the VIP in the building.

“Welcome to La La Land”, I remember thinking to myself.

As I was staying with my Father and Step Mother, we had a car. Even so, they had done the smart thing and caught an airport bus into LAX to meet me from their nearest major bus terminal. Traffic in Los Angeles is notorious, and it’s not propaganda. Highways here look more like giant car parks than even the M25 circling London town. If you do choose to get your own set of wheels for your stay, don’t do it if you’re travelling solo. The ‘car pool’ only lanes, meaning set lanes for vehicles carrying more than 1 x passenger, are probably the only thing that makes the highways feel a little more bearable. Heed my words and don’t get stuck on the freeway alone!

My first big day out in the sunshine state started with my inaugural drive down Sunset Boulevard and the Sunset Strip. There’s a surreal array of beautiful uber mansions, with celebrity owners past and present, all around you to ogle at as you walk / drive through. We stopped for a whimsical lunch in the Polo Lounge at the legendary Beverly Hills Hotel. And after one too many Blueberry Lavender Fizz cocktails, we whiled away the afternoon wondering down Rodeo Drive for a spot of “window shopping”, stopping at the occasional cafe or bar as we walked.

We came back to see Hollywood. There is an endless amount of celebrity-related activities to see and do in Hollywood that can keep you going for one day or one week or more. Although I didn’t spend a long day at Universal Studios Hollywood, or stroll down the Hollywood Walk of Fame, I did still want to enjoy some down time with cocktails, sun and killer views of the Hollywood sign and surrounding landscape, just to absorb the atmosphere. My favourite past-time. Mission accomplished with an afternoon cocktail session on the rooftop bar at Mama Shelter Los Angeles.

As the sun started to set in the sky, we decided to zip up to the Griffith Observatory for sunset. Having seen it’s picture perfect views sprawled across many-a-instagram gallery and blog posts, I wanted to see it for myself. Though in hindsight it was oh so obvious, as we drove up the winding hills, chasing the sunset, little did we know just how incredibly popular this place would be for sunset. Parking was near impossible, and most people seemed to have left the cars at home and walked up anyway. Some carted picnic baskets and blankets, others hauled their tripods and cameras, and the rest were made up of new romantic couples and groups of an entire extended family of tourists glued to their guide maps. I have to be totally honest – I do not enjoy visiting places this busy. I get anxious and irritated around crowds, and that’s just the truth of it. After getting an incredibly lucky parking spot, we hot tailed it up the rest of the hill and onto the veranda of the Observatory. Admittedly, the Observatory was beautiful, and the view was even more so. Los Angeles looks so flat and sprawling compared to other big city skylines. If I could do it all over again though, I would have got up extra early and tried sunrise instead. Surely there would be less people around at that time!?

My first visit to the Californian coast was on a day trip to Malibu. We made a road trip of it and took the long road round, through winding hills and quiet coast lines. From desolate hills meeting crashing waves, we were suddenly surrounded by all those celebrity mansions again. We made a pit stop to dip our toes in the sand, enjoy a frozen cocktail served in an actual watermelon and a beachfront Lunch in Malibu.

My second visit to the Californian coast was a trip down to Huntington Beach in Orange County to visit with some family friends. Situated between Long Beach and Newport Beach, their beachfront townhouse was beautifully styled with exactly the kind of interior decor I had envisioned for my Californian home after watching too many episodes of the O.C! We wondered down the never-ending promenade to the Huntington Pier. This was where I had my first experience of the Duke’s pub chain, enjoying a big family lunch overlooking the build site for the US Open of Surfing on the beach in front. After lunch, we walked through the bustling market and browsed shop windows of the mall across the road before meandering back to the townhouse for drinks on the rooftop with a stellar view.

My base for the trip was at my family’s home in Santa Clarita. Whilst I didn’t see Drew Barrymore wandering around as a functioning zombie (defer to the Netflix pilot season of ‘Santa Clarita Diet’), the area was quaint suburbia surrounded by scorched Californian hills. The heat was intense, so when we weren’t out and about on an adventure, we were poolside at home, often enjoying 5pm cocktail hour with my inspirational step-grandma.

One of my highlight days was one where we decided to road trip north-west, away from the surrealness of tinsel town. We headed to Fillmore, en route to Ventura, where we stopped at El Pescador for Mexican food and margaritas. The food was delicious and the atmosphere was as buzzy as you would expect from a room full of people drinking tequila with lunch! Outside, it almost felt like we’d driven to Mexico. The area felt much like arid desert with the exception of the orchards, where farmers were growing oranges and lemons by the gazillions by the side of the highway. As we drove back to Santa Clarita, bellies full of tacos and frozen spirits, we stopped at a roadside produce market to buy some fresh fruit, have a little dance with the live musician who was randomly playing there, and I even ducked off to have a secret wander through the aisles and aisles of trees in the orchard there.

Reflecting on my trip, the lifestyle is out-of-this-world, the sun is scorching, the people are beautiful, and the dreams are big and bold. Now that I’ve visited, I actually find it even more surreal now to be honest. To think how many people in this dense area are famous celebrities, related to famous celebrities, or are budding celebrities themselves. I didn’t want to bump into anyone I recognised because I didn’t trust myself to be as cool as the locals and not act like a crazy starstruck tourist!

The surreal normality of tinsel town was perfectly summarised for me this one occasion, when a family friend brought her teenage son and his girlfriend round for a visit. Lazing by the pool, we were making small talk and it just happened to come up in conversation that he had a Hollywood A-List Auntie and Grandfather, and she had a Hollywood A-List Father. And I think the thing that stunned me the most was how little of a big deal it all was to talk about! Walking with Giants in Luxor