Warning: Use of undefined constant ‘WP_DEBUG_DISPLAY’ - assumed '‘WP_DEBUG_DISPLAY’' (this will throw an Error in a future version of PHP) in /home/customer/www/toriaandco.com/public_html/wp-config.php on line 77
 Frankfurt - TORIA & CO 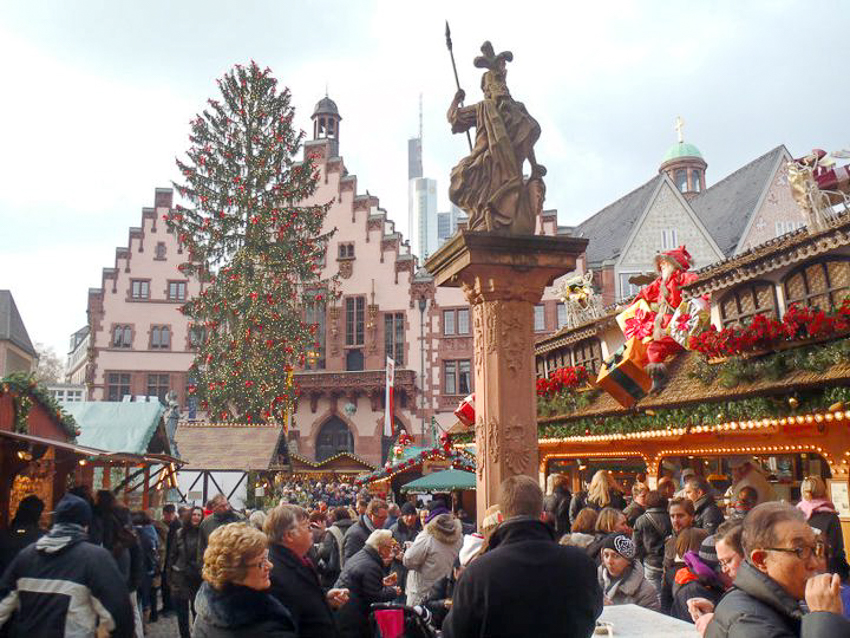 Autumn is here in Sydney. While the nights are noticeably darker and cooler, it’s not exactly cold. At least, not in the way that us European’s know cold. Shivering on my balcony in Sydney when the temperature gauge still clocks 15 degrees celsius at night makes my family back in England extremely unsympathetic towards my plights. And really, rightly so. I can’t complain about the weather to them because, even with the odd days of storms and rain, and the occasional bitter chill in the shadows, in general the autumn and winter weather in Sydney is so mild and beautiful that my thick woollen coats will never get much wear here. And besides, whilst I never thought I’d say it, sometimes I truly miss the cold.

There’s something oh-so snuggly about cosying up in multiple plush layers of clothing to brave the great outdoors. When the bitter chill is biting at your nose and cheeks, but your torso burns like a furnace under the comfort of your thick coat and chunky scarf. That feeling reminds me so much of growing up with cold Christmases, a novelty I now crave for each December during the height of Sydney’s summer months.

Visiting Frankfurt in December 2010, Christmas was all around. The architecturally beautiful My Zeil shopping centre was adorned with multiple Christmas trees and fairy lights on every level and (one of my favourite Christmas past-times) the German Christmas markets were in full swing! Charmingly ornate wooden slatted kiosks filled the city squares, adorned with fairy lights and Christmas memorabilia, serving up the best in Christmas-themed delicacies, chocolate coated fruit and pretzels, gorgeous presents like hand-made German cuckoo clocks and puppets on strings, and of course, the sweet and spicy scent of mulled wine lingering in the air. Ahhhh Christmas.

Wondering around Frankfurt’s many festive precincts, wrapped in a thick (faux) fur coat and drawing the crisp chilly air into my lungs, is such a fond memory for me. The only thing lacking was a blanket of snow across the city-scape; although I’m sure Frankfurt saw its fair share of snow later on that winter! The only feeling better than that refreshing cold bite against your cheeks in winter, is that warm tingling sensation of your cheeks defrosting when you come in out of the cold. Finding a cosy old pub with central heating or, even better, a real fire burning under the mantelpiece, shedding your outer layers of clothing and raising a seidel of German beer to ‘Cheers’ with friends is the perfect way to finish a day of Christmas shopping in Frankfurt.

My friend Matthew, whom I often refer to as “one of my limbs”, was cast on a musical theatre show called ‘Spring Awakening’, which was playing at the English Theatre Frankfurt at the time of my visit. It was like we had spent a night on the West End in London and, as we left the theatre after the show, it felt like we had just leapt back across the “pond” in an instant. It was such an honour to see my friend doing what he loved for a living and, along with his fellow cast members, Matthew ensured that I got to see what the nightlife in Frankfurt was all about too!!

Probably the funkiest hotel I have ever stayed in, my base in Frankfurt was at the 25hours Hotel by Levi’s. And yes, I’m talking about the same Levi who makes the classic and infamous denim jeans. The whole hotel was themed around them. From denim wallpaper to the the random pair of Levi’s hanging from the coat rack in every room, every single object and accessory in this hotel has been carefully planned and placed to maximise the casual-cool style it exuded. The hotel was even equipped with it’s very own music room, named the Gibson Music Room, where guests could go to listen to the juke box, have a bash on the drum kit, or jam out like a rockstar on one of the electric guitars!! Such a funky place, and one that I would recommend to anyone looking for a fun weekend in Frankfurt with friends!

In honour of cold Christmases… xox 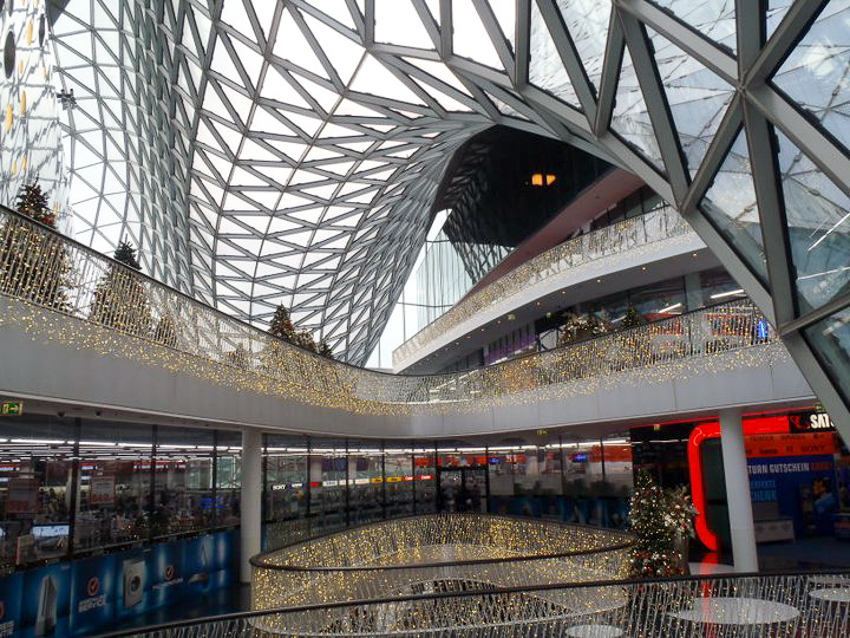 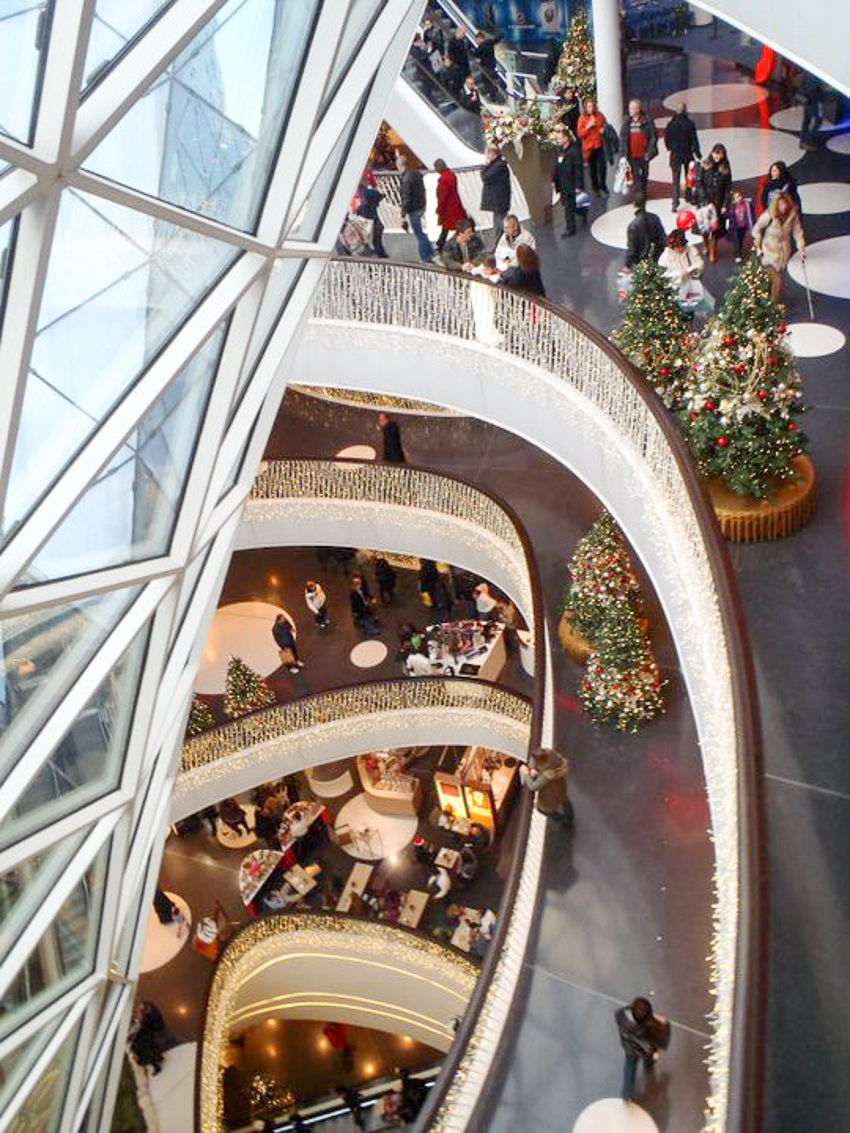 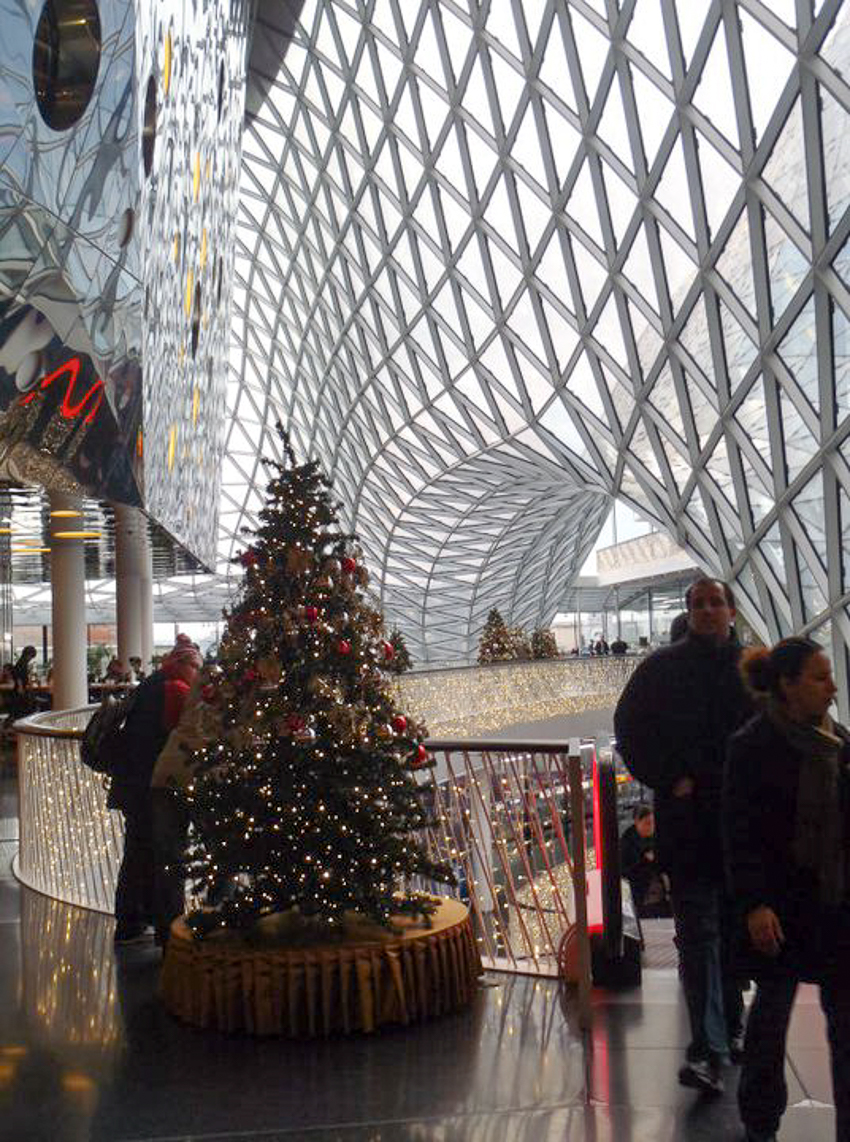 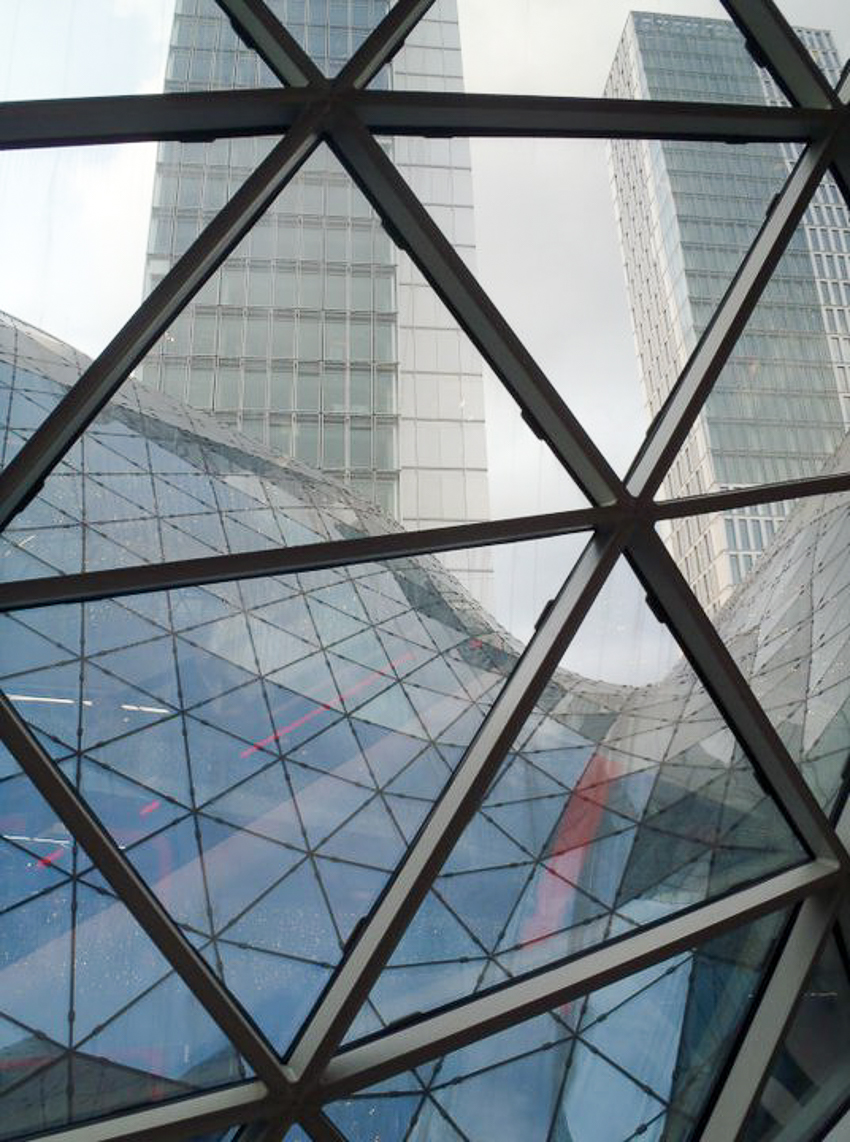 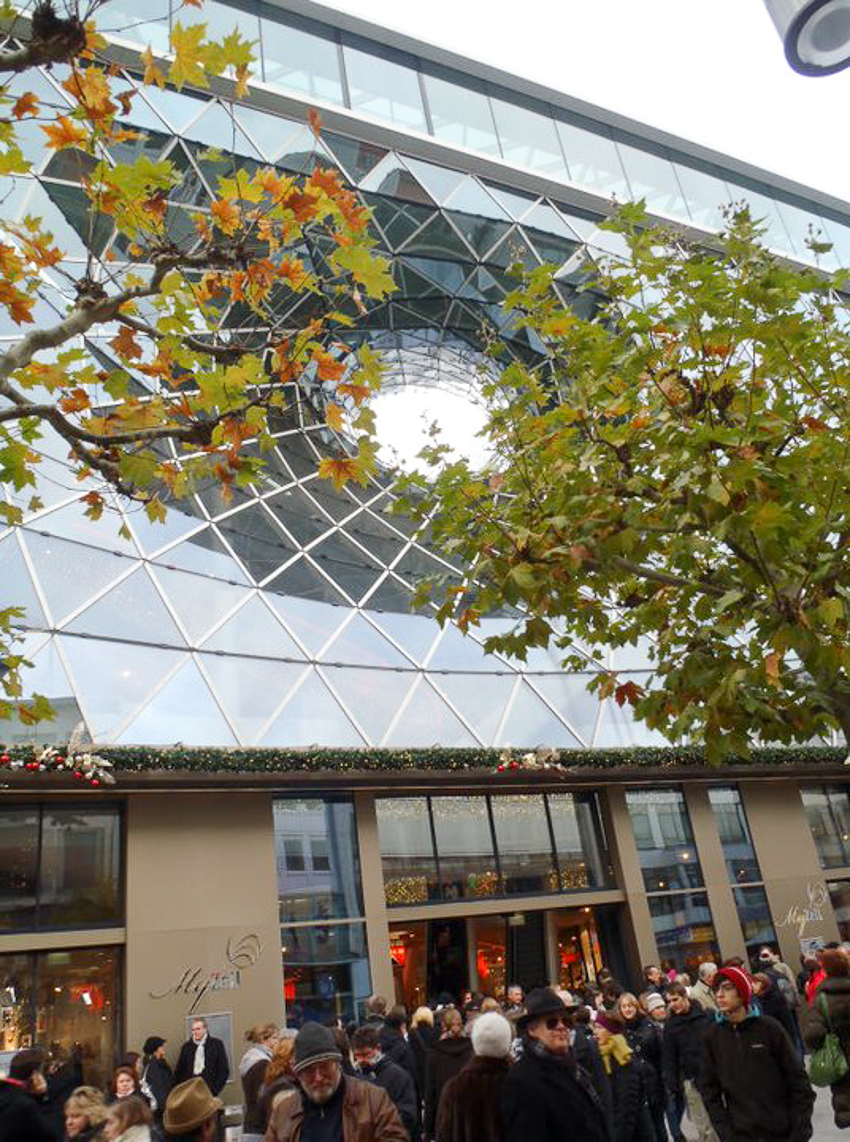 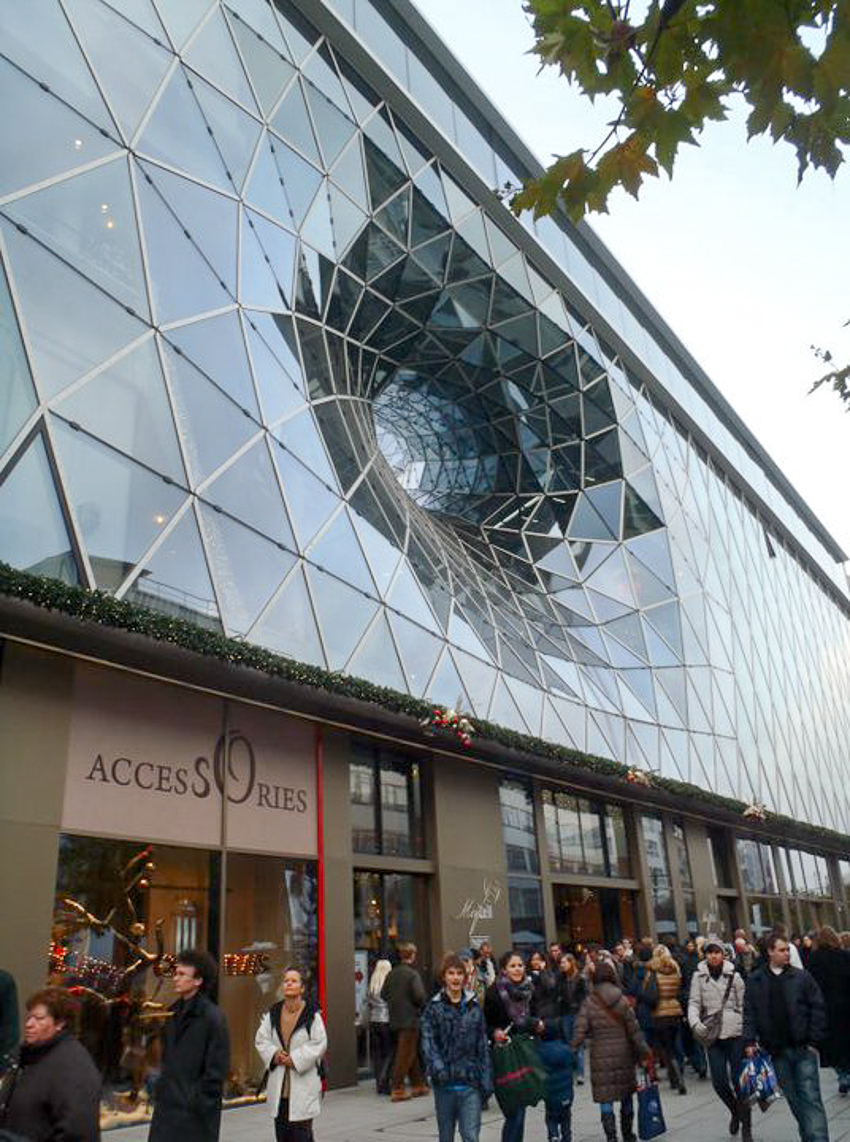 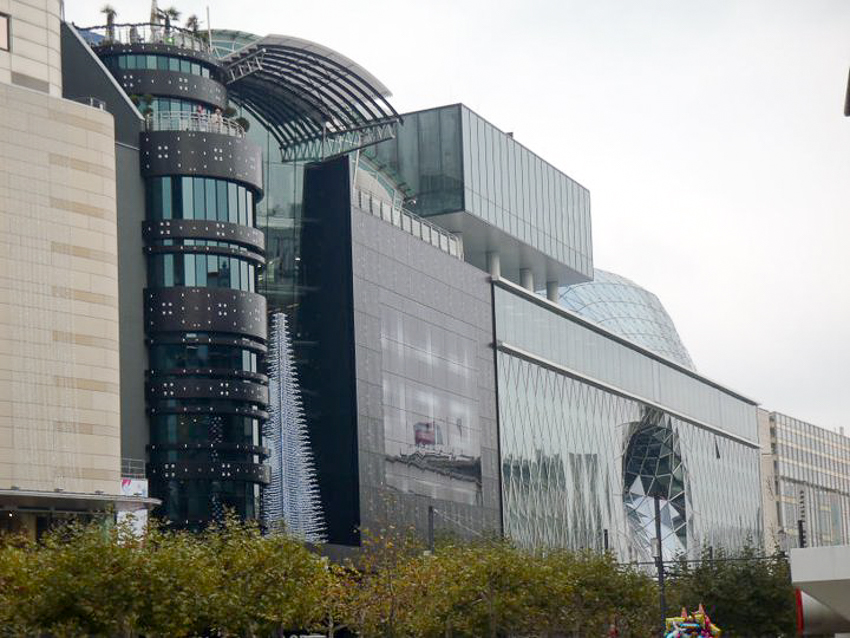 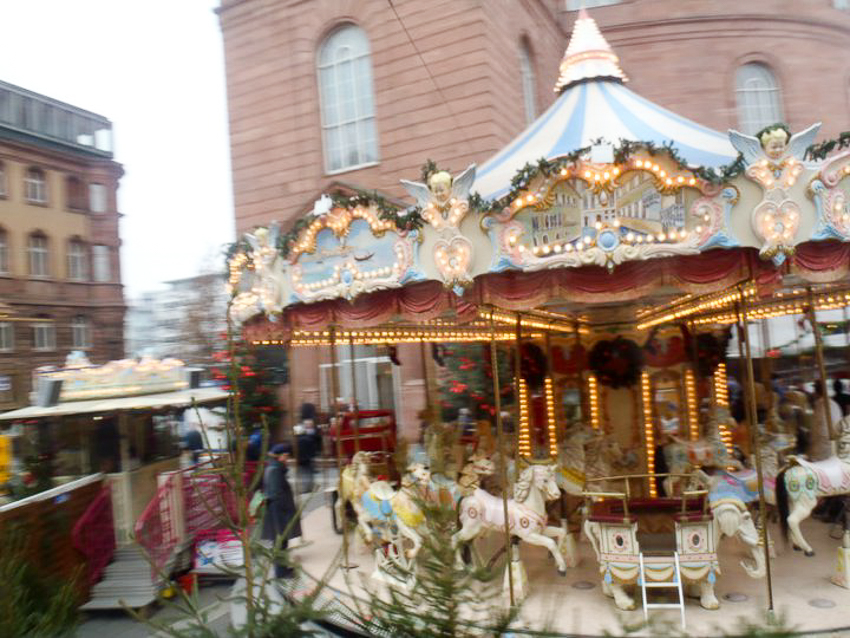