Warning: Use of undefined constant ‘WP_DEBUG_DISPLAY’ - assumed '‘WP_DEBUG_DISPLAY’' (this will throw an Error in a future version of PHP) in /home/customer/www/toriaandco.com/public_html/wp-config.php on line 77
 #Flashback: My First Ever Photoshoot - TORIA & CO 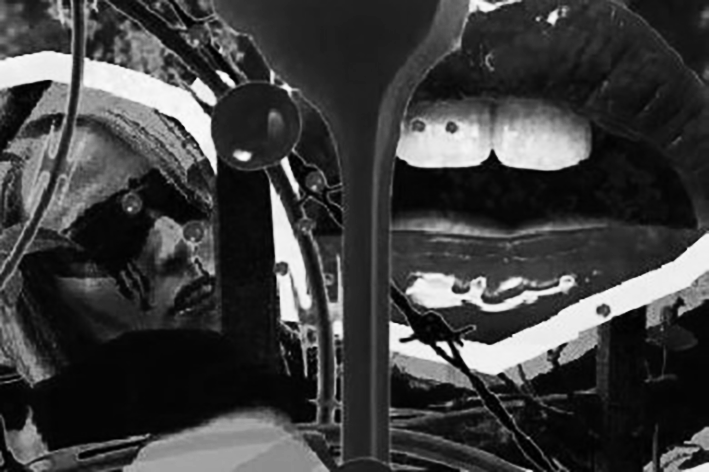 #Flashback: My First Ever Photoshoot

The year was 2007. I was busy single-handedly project managing my first ever event: a fashion show and concert in aid of my favourite Charity.

I had convinced my old college to let me use their theatre as the venue in exchange for utilising their drama students as part of the show – they became the models. A couple of boutique clothing stores in town provided me with their latest clothing, and I even scored sponsorship from the local Toni & Guy hair salon, who sent their top stylists down to the college to prep all the models on the night.

There were two distinct themes on the runway that evening. One clothing store provided us with beautiful flowing dresses and lots of animal print, so the hair stylists whipped up the models with crazy big hair, back-combed plaits intertwined with… well, twine, and strips of leather, and I did everyone’s make-up in what can best be described as a jewel-encrusted, metallic deer face. Ha! The other store provided a much more urban look, with lots of denim and cut-out chunky sweaters so the models were given short, structured bobs and blunt fringes, highlights of red and purple in their hair and their make-up was a bold yet simple structured band of block colour from ear to ear across their eyes.

Between each fashion show, local musicians provided the entertainment on a catwalk I had created using dried autumn leaves from the park across the road. It was the single hardest thing I had ever pulled off on my own up til that point of my life.

In the lead up to the event though, I made a rookie mistake. I advertised the event prior to knowing what the products from the boutique stores were actually going to look like. When I’d dreamt up how I wanted the event to be, I had visions of lots of black and white outfits, and the models being styled like gothic brides or the walking dead for the show. I had this mild obsession with a specific make-up look: a heavy black band of colour across the face with three too-neatly-drawn black tears running down the cheek on one side. I got the inspiration from a comic called ‘Cry for Dawn’, who’s images I stumbled across on the internet at some point long ago – even though I have never read one of the comics. And so was born the inspiration for the Ad Campaign that I used to sell tickets to the event.

I asked my friend, Gemma, to be my model and we used my Mother’s garden as the location for our photo shoot. The photo shoot and the subsequent editing of said photo’s was almost as fun as, if not more than, the actual event itself! Funny how I still ended up taking the Event route in my career as opposed to the Media one!

Yes they look amateur, and yes they are poor quality, and yes if I only I still had the original photo’s I would re-edit them all over again and do things differently; but I still love these photo’s; I love the time of my life that they remind me of, and I’m so proud to share them with all of you 8 years on! 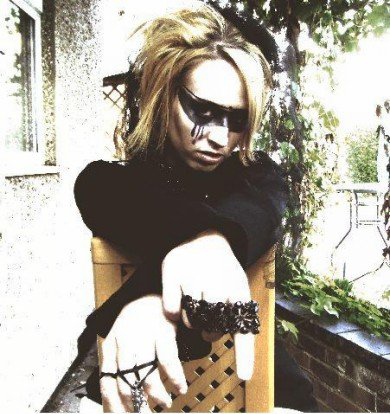 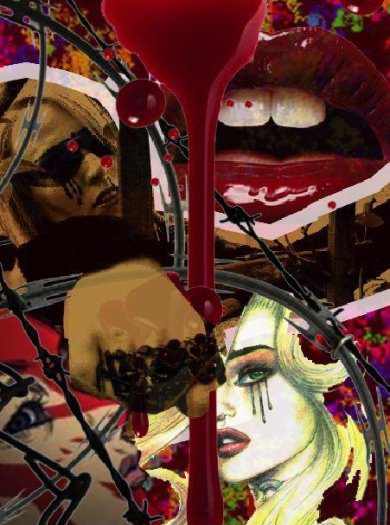 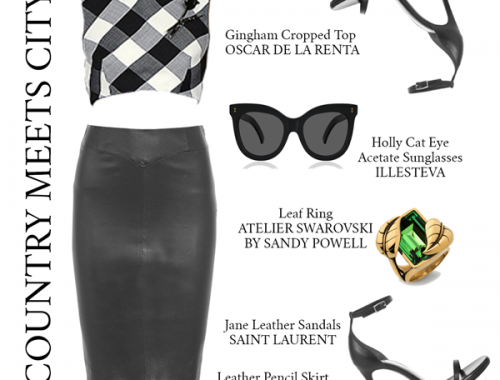 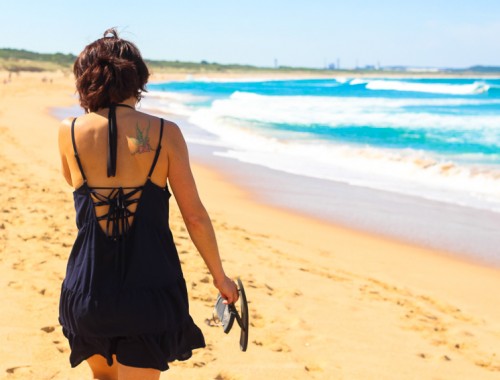 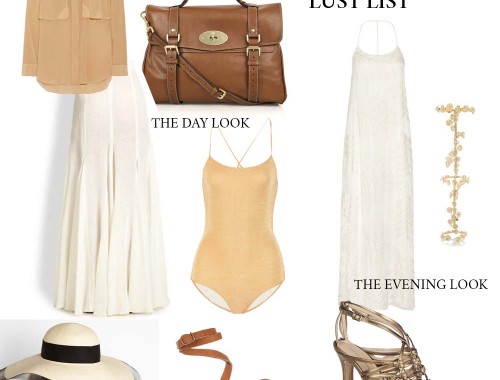