Warning: Use of undefined constant ‘WP_DEBUG_DISPLAY’ - assumed '‘WP_DEBUG_DISPLAY’' (this will throw an Error in a future version of PHP) in /home/customer/www/toriaandco.com/public_html/wp-config.php on line 77
 Clovelly, Sydney - TORIA & CO 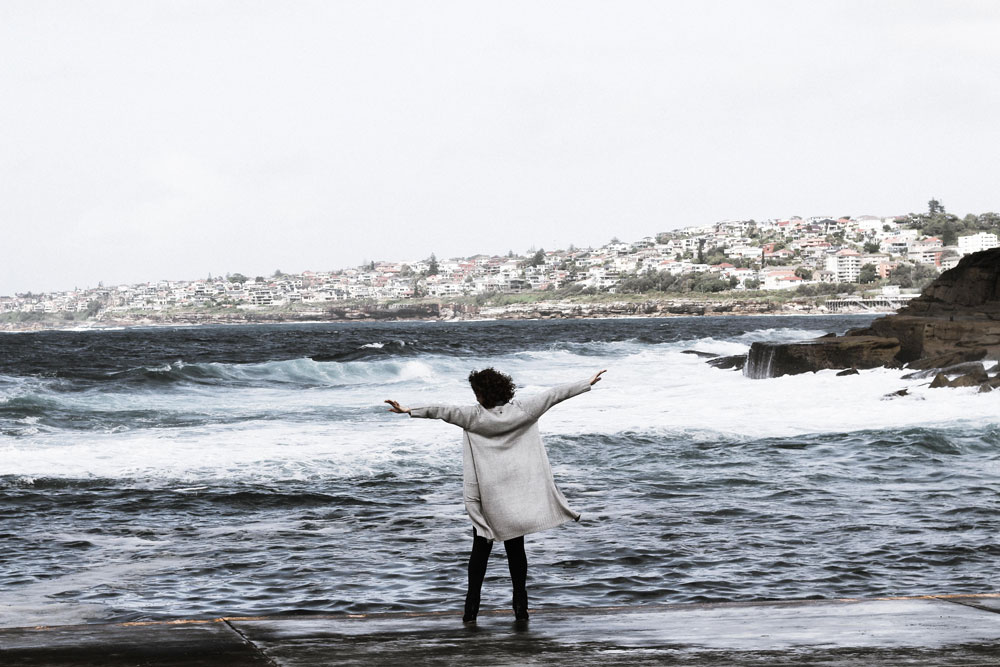 As the first in my latest project to blog about travelling around as many suburbs of Sydney, Australia as I possibly can, this weekend I spent a wet and stormy Autumn’s day wandering around beautiful Clovelly with the beautiful Alissa – my muse for the day!

Clovelly is a small beach-side suburb in Sydney’s infamous eastern suburbs. Popular with swimmers due to it’s long and narrow shape, the bay is home to one of the first surf lifesaving clubs in the world – Clovelly Surf Life Saving Club – which was founded in 1906. Clovelly is predominantly off the tourist-trap, being more popular with local residents, so it’s perfect for those seeking out a little slice of seaside action in Sydney without the hustle and bustle of Bondi or Coogee.

Situated between Bronte and Coogee, Clovelly is generally a ‘passing-through’ suburb for those who embark on the highly recommended Bondi to Coogee Coastal Walk. Stop in Clovelly for lunch, or start at Coogee at sunrise and meander into Clovelly for breakfast en route to Bondi. For a quick visit in and out, there is ample parking right on the water’s edge. Encased on three sides by dramatic rocks providing plenty of water spray, even the car park is a prime spot for taking in the panoramic views!

There is no better way to start your day, anywhere in the world I think, than treating your senses to the sights, the sounds and the smells of waves rolling into the beach or crashing against the rocks, whilst simultaneously treating your tastebuds to the taste of a mouth-watering fresh breakfast. The Sea Salt Cafe is a casual and laid-back place with an al-fresco beachfront terrace offering scrumptious breakfast and lunch options with a view. Try the French Toast with Poached Pear, Pistachio, Maple Syrup and Bacon for a unique breakfast that will fuel you up for a day of coastal roaming!

After breakfast has settled, don your bikini and join the local swimmers for a few invigorating laps of the Bay. It’s like a giant sea-salt swimming pool, allowing you to swim a few hundred metres from the beach to the rocks, which attempt to shelter the Bay from the ocean beyond. The waves and current can get pretty intense in Clovelly from time to time though, so make sure you only swim when the Clovelly Surf Life Savers are open-shop. There are change rooms behind the Sea Salt Cafe + Kiosk.

After all that swimming against the current you will undoubtedly be a little parched when you emerge from the sea, right? Cue the Clovelly Hotel. A stylishly decorated bar and bistro just a short walk from the beach with two bar areas, a bistro and a trendy open-air terrace, an afternoon Sunday session here is simply a must. The place has a good pub menu and an exciting atmosphere, and is a great way to finish off your day exploring Clovelly. Though the hotel does offer in-house short and long stay accommodation, I would personally recommend staying in the City and doing a little day trip out to Clovelly instead of pigeon-holing yourself into the beautifully hard-to-leave Eastern Suburbs. 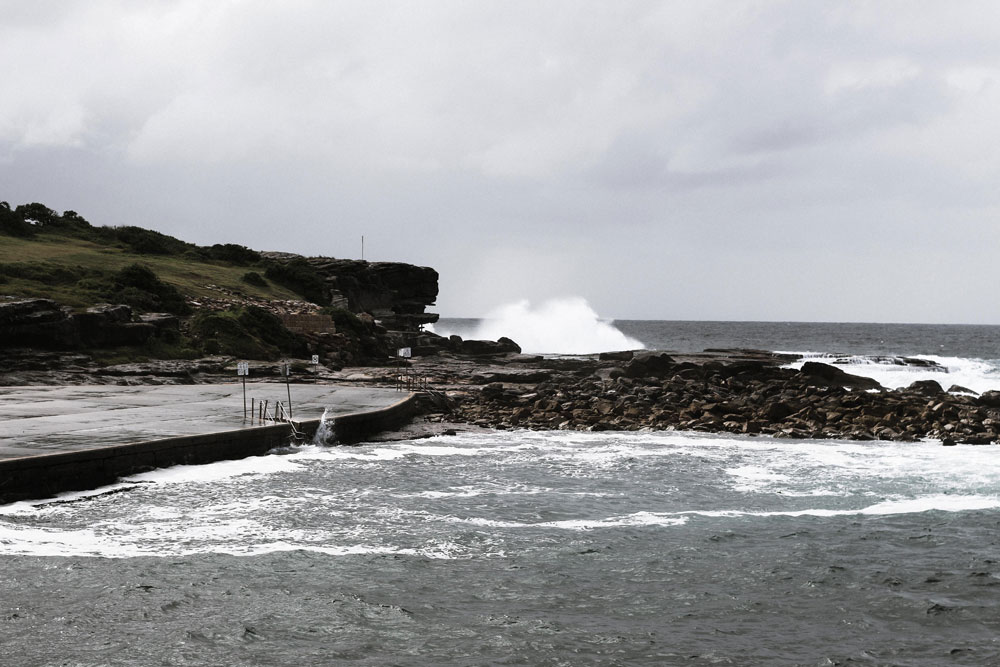 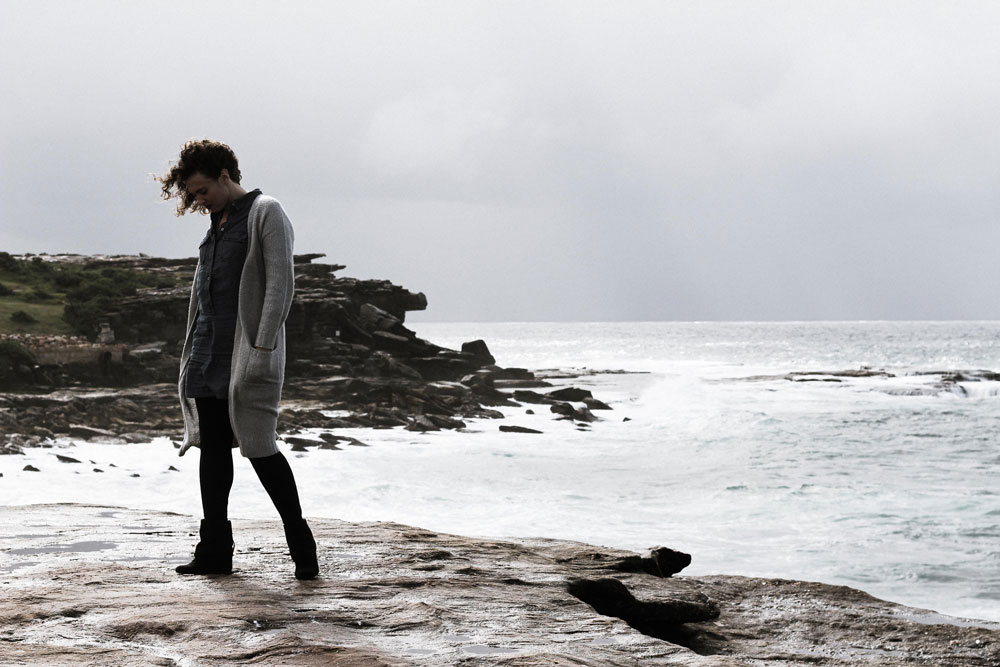 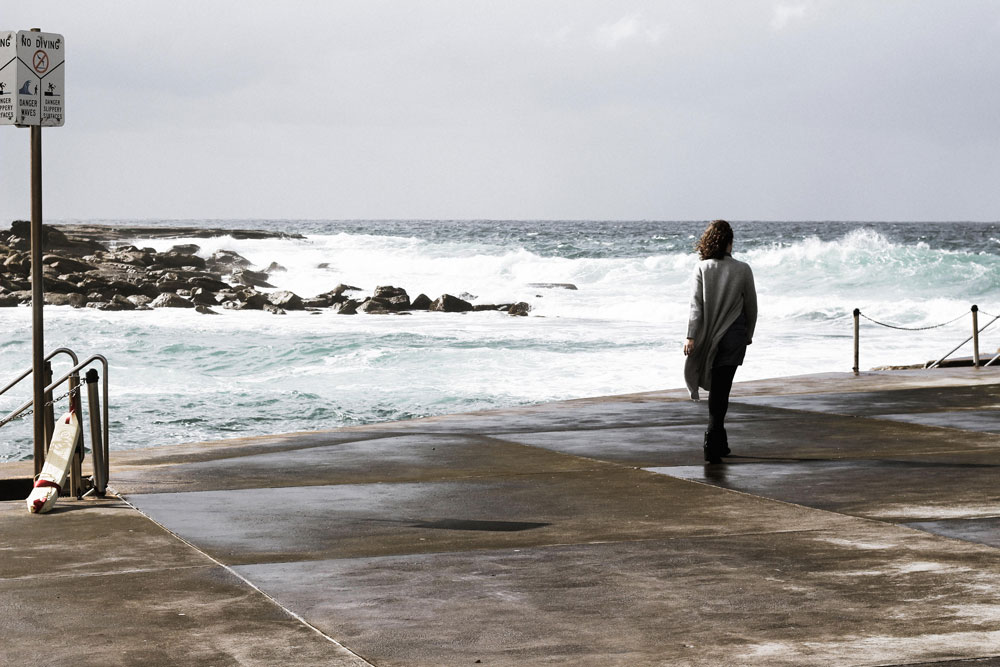 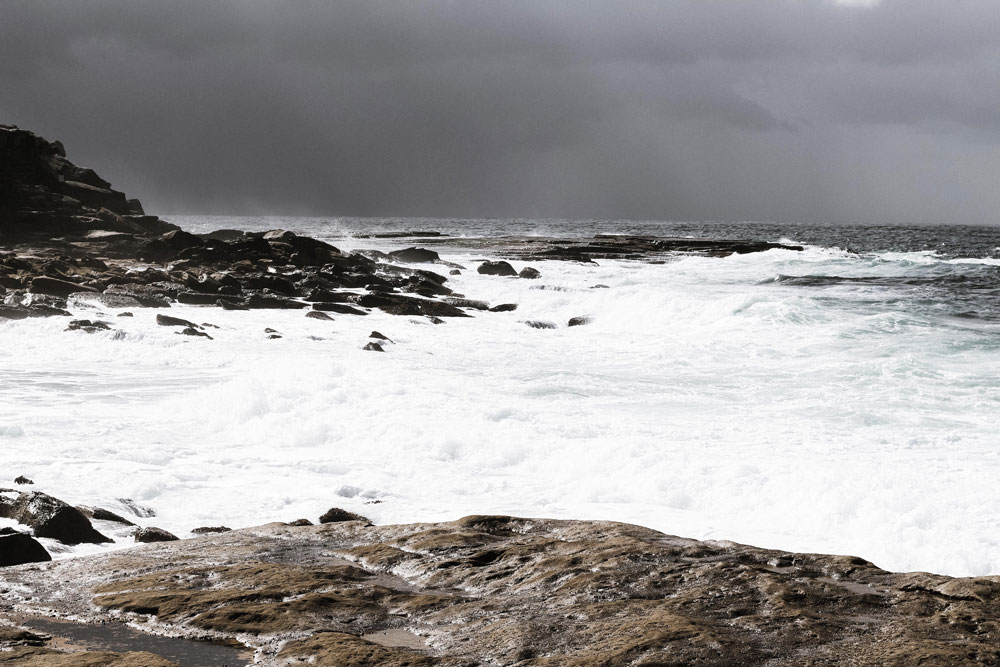 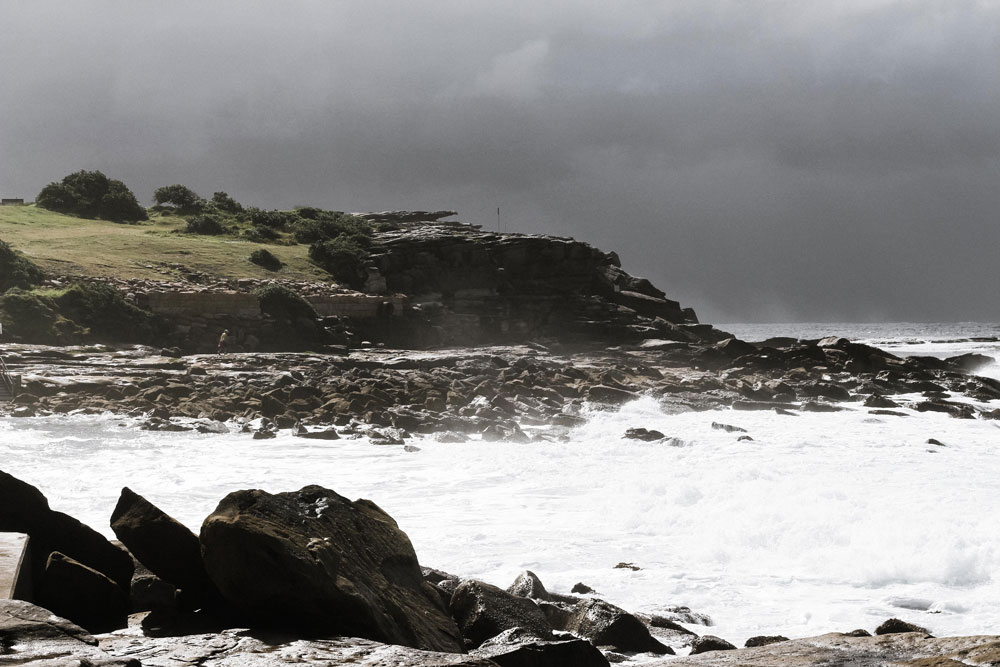 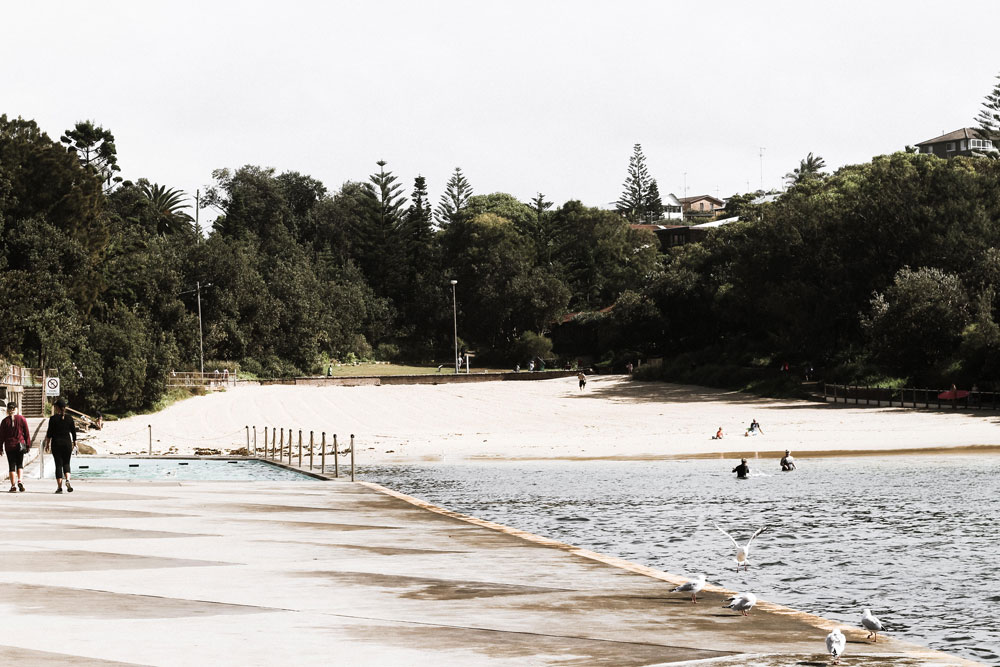 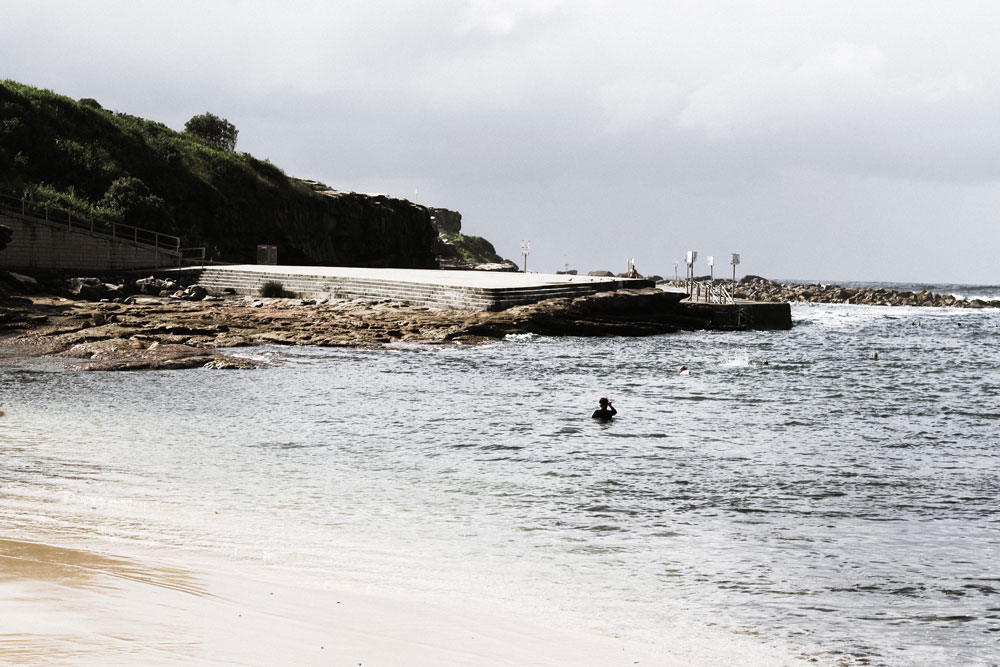 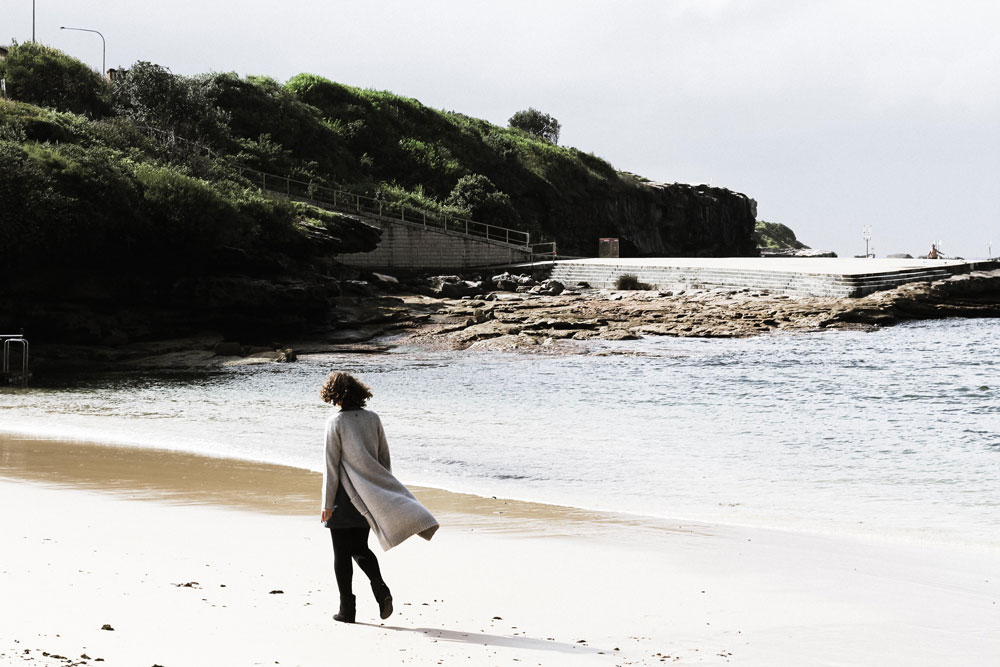