Warning: Use of undefined constant ‘WP_DEBUG_DISPLAY’ - assumed '‘WP_DEBUG_DISPLAY’' (this will throw an Error in a future version of PHP) in /home/customer/www/toriaandco.com/public_html/wp-config.php on line 77
 Angkor Who? Angkor Wat. - TORIA & CO 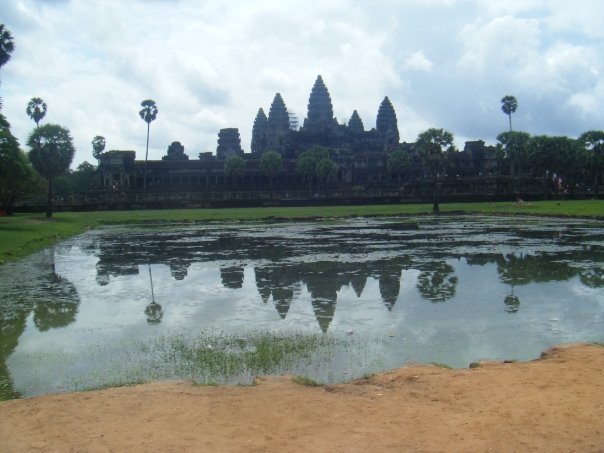 Angkor Wat, meaning “Temple City” or “City of Temples” in modern Khmer, is exactly what it says on the tin. A City of Temples. Admired worldwide for it’s grand architecture, the temple complex in Cambodia is the largest religious monument in the world. Built in the early 12th century by Khmer King Suryavarman II in what used to be the capital of the Khmer Empire, and as the King’s state temple and eventual mausoleum, Angkor Wat is a symbol of Cambodia. Appearing on its national flag, the complex has cemented itself as the prime tourist destination and an absolute must-see when visiting the country.

There is so much to see in Angkor that visitors can purchase week-long passes to the historical site, though I personally only got a 1 day taster-session of the vast complex during my South-East Asia adventure with my lifelong friend, and fellow backpacker, Jessica. The architecture of each temple is so vastly different than the one before it, making this site so unique that you really could spend days on end exploring it without getting any sense of de ja vu.

Whilst extremely touristy (think lots and lots of people following each other around through the tree’s and guided walks), this is ancient culture at it’s absolute best and the complex is so vast that there are plenty of nooks and crannies for you to hide away in to feel alone, absorbed in the history of these monoliths, and a little bit spine-tingly!

If you find yourself in Cambodia and only have 1-day to play here, I recommend making a beeline for these temples to get the most out of your whirlwind tour:

On approach to the site of this ensemble of ancient temples, the first, the biggest, and the most awe-inspiring temple you come across is Angkor Wat. With a moat around it’s giant perimeter, inside the walls are detailed bas reliefs, telling predominantly Hindu stories, and a long path up to the main temple. You can explore all around the temple, get lost in it’s historic corridors and rooms, and even climb to the top for a panoramic lookout of the rest of the site you’re about to explore!

Once of my personal favourites, although probably one of most people’s favourites, is Ta Prohm. Standing alone, separate to Angkor Wat and Angkor Thom, Ta Prohm is a temple almost in ruins which the forest has gradually taken back over many many years. Huge tree’s have forged their roots down through the walls and and across this complex, creating a haunted yet enchanted place to visit and photograph. It’s no wonder that this place was used as a set for the movie Tomb Raider, and I’m not sure what’s more fun; thinking that you’re walking in Angelina Jolie’s footsteps, or in the footsteps of Lara Croft!

Another favourite, the Bayon is an ancient masterpiece of architecture, that resides inside Angkor Thom’s vast complex. It’s most obvious and distinctive feature being the multitude of enormous stone faces carved into it’s many towers. Striking and beautiful, you may glance up at this temple for the first time and see a mass of rock and stone, but upon (a quick) second glance, hundreds of faces jut out at you from beyond the stone face. Trying to imagine the build of such a structure before today’s modern resources automatically puts this temple high on anyone’s list of favourites.

Not for the faint hearted, you need a bit of incline stamina if you want to explore this temple due to it’s very steep staircases. However, if you can fight the heat and make the ascent, you’ll be rewarded for your efforts with sensational views over the rest of the ancient city of Angkor Thom. 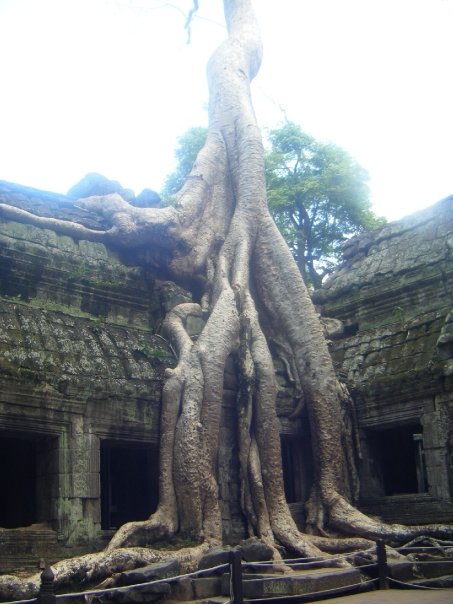 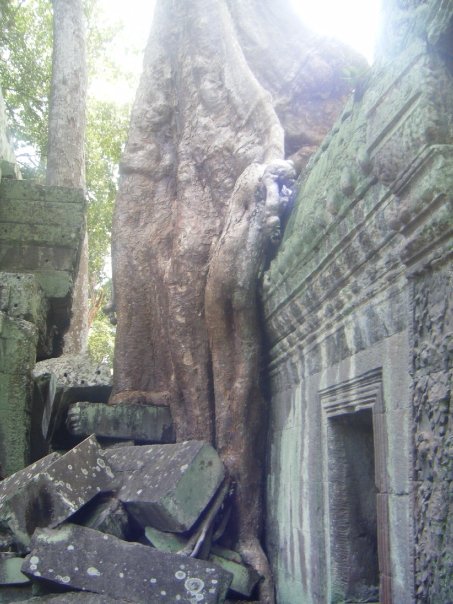 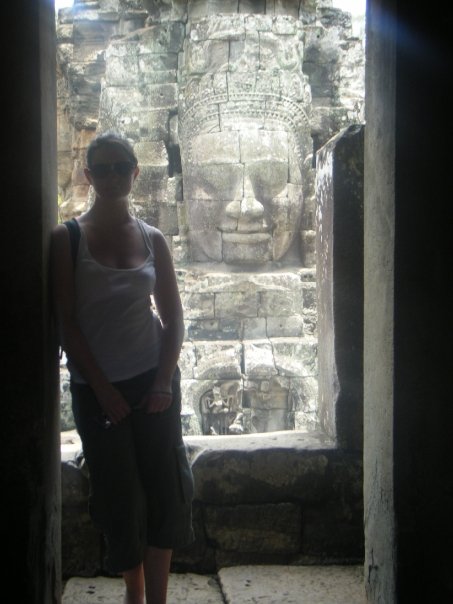 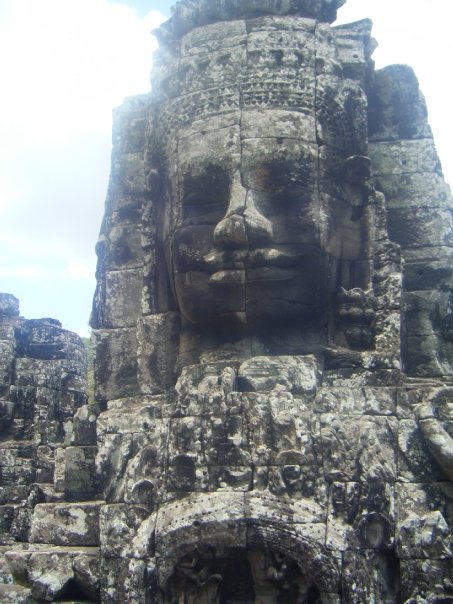 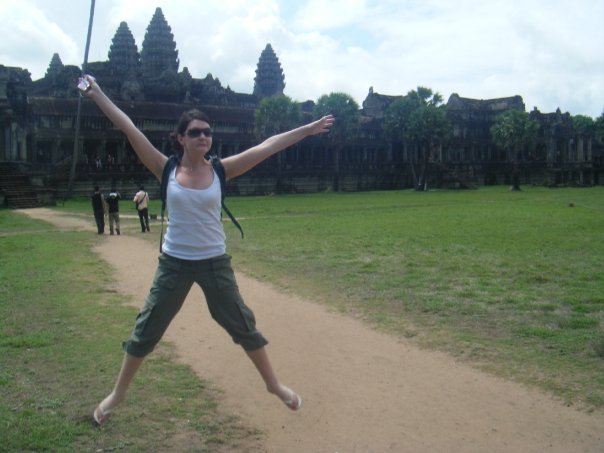 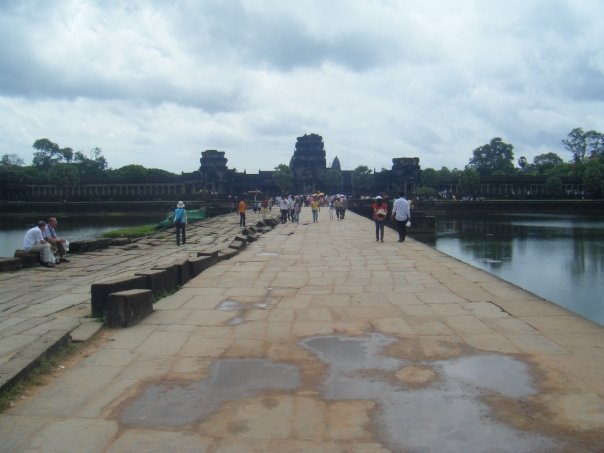 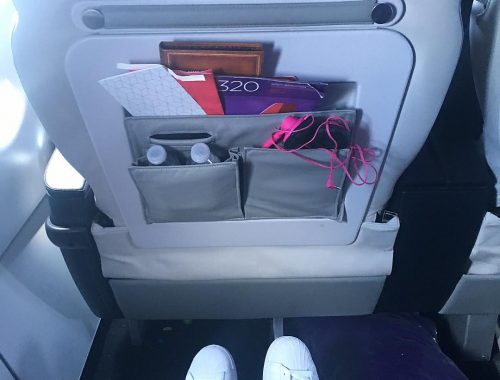 A Weekend Getaway: At Home