Warning: Use of undefined constant ‘WP_DEBUG_DISPLAY’ - assumed '‘WP_DEBUG_DISPLAY’' (this will throw an Error in a future version of PHP) in /home/customer/www/toriaandco.com/public_html/wp-config.php on line 77
 24 Hours in New York | Travel Guide by Toria + Co 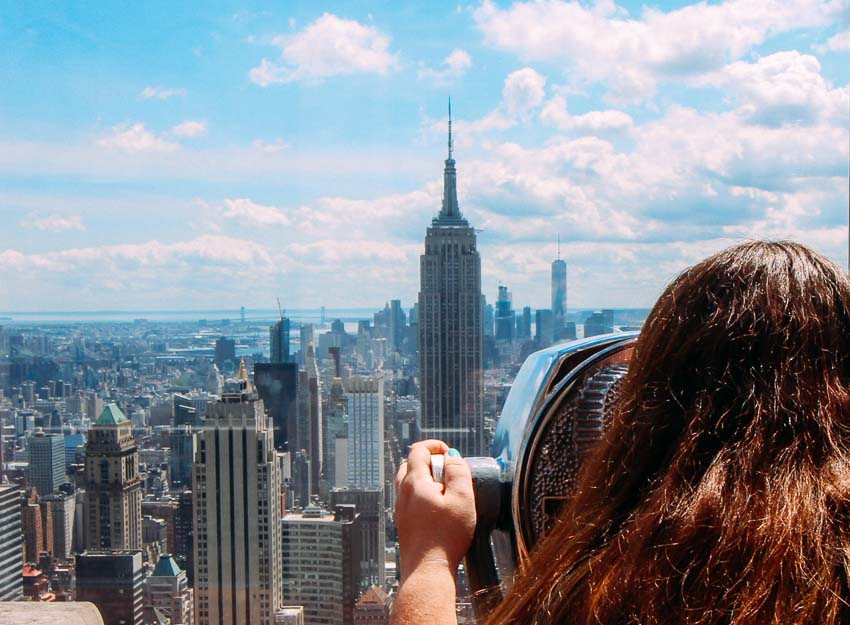 First timer in the Concrete Jungle.

Having lived in London, the idea of cramming in almost double the amount of people per square mile into another city should, in theory, be my worst nightmare. And yet, I have always had a fantastical fascination with New York.

The Big Apple. The City that Never Sleeps. The Concrete Jungle where Dreams are Made of. I am one of millions of people who have dreamed of walking those city streets. Dreams of skipping across the street on Park & Madison in six inch heels like Carrie from Sex and the City, hailing a yellow cab “downtown”, sipping coffee in Central Park and pretending I’m Audrey Hepburn in Breakfast at Tiffany’s.

Visiting family in New Hampshire, and knowing I was just a 1 hour flight from New York (departing Boston), the temptation to lay my eyes on New York – if only for just a few hours – was too irresistible. Completely last minute, with no time to prepare a real itinerary, my brother and I flew into LaGuardia Airport for a one-night-only blind date with the city of my dreams.

As the plane descended in preparation for landing, the view from the little oval window was unbelievable. Pointing out the window, I squealed like a child as my brother confirmed that, “yes, that was the Empire State Building”, “yes, that’s Central Park”, “yes, that’s the Statue of Liberty over there in the distance”. The chorus of Alicia Key’s “New York” started playing in my head, and (annoyingly) it played on a loop for the entire 24 hours to come.

With not a minute to waste, we headed straight for the Rockefeller Center and took the elevator to the “Top of the Rock”. With the Empire State Building directly in front of you on one side, and Central Park in front of you on the other side, the view of the city from up there is simply breathtaking. No matter how short or long your visit to New York may be, you have to see the view of the city from this perspective at least once. It’s not cheap to go up there, and you have to queue like herded cattle, but it is so worth it I promise!

With our feet firmly back at ground level, we took to the streets. My brother is a walker. Much fitter than I, and with much longer legs, it was a workout keeping up with him! But his navigational skills were impeccable and before long we were strolling through the hustle and bustle of Times Square (now the electronic trumpets from Kanye West’s “All of the Lights” was ringing in my ears. Seriously, was that the best my corny inner DJ could do!?). I found myself pondering how more people didn’t get hit my cars in Times Square. I for one am one of “those people” who can’t help but stare at the tv if there is one in the room. You can imagine the sensory overload I was experiencing in Times Square, and I wondered if anyone else around me was afflicted by the same television trance syndrome as me.

Moving on, my brother navigated us towards the edge of the city, looking out over the water towards Union City and Jersey. He was looking for the High Line; a relatively new public park built on old freight rail line. Elevated above the streets of Manhattan, we wondered the length of the 1.45-mile-long (2.33 km) narrow parkland, absorbing the atmosphere of the city streets from above.

After a quick pit stop for a cocktail in the Meatpacking District, we walked the length of 13th street and checked into our Air BNB for the night. A speedy shower and change of clothes later, we were out the door again heading west on 14th to catch a glimpse of the Manhattan Henge sunset. Just twice-a-year, the setting sun aligns itself perfectly with the east to west streets of the main street grid of Manhattan, known as the Manhattan Henge, or Manhattan Solstice. In between each green light on the traffic signals, all the pedestrians would flock out into the middle of the road to snap the occasion with their cameras, or just to share a moment embraced with a loved one, before the honking of horns indicated the lights were green again, and to get the hell out of the road!! It was quite a sight, and I feel very lucky that such an event just so happened to be on during my inaugural date with New York.

Feeling romanced by the city, we headed to the Marriott Vacation Club Pulse, who’s rooftop cocktail bar looks straight on into the beautifully lit Empire State building. Just far enough ahead that it’s towering shape didn’t enclose the rooftop bar from the rest of the city, when my brother asked me what I was drinking I thought “Fuck it. I don’t care if it’s cheesy, I’m in New York baby!!”, and ordered a Cosmopolitan.

At some point in the evening we had dinner at Black Ant. A dark and trendy restaurant and bar in East Village, it’s a modern mexican restaurant with a rather creative menu… think Margaritas with “black ant salt”, grasshopper corn-crusted shrimp and cactus fries. And yes we ordered all of those… (though I didn’t have any of the shrimp myself). Washed down with a couple of shots of premium tequilas, I am going to add this place to my mini travel guide to New York, which you can find in the sidebar of my website.

Afterwards, we hailed a cab and headed downtown in search of a funky looking bar my brother had found online. Unfortunately, being mid-week, the bar was closed. It was hard to miss the new One World Trade Center towering above our heads, and after a short walk closer to really take in it’s sheer height, we stumbled across the 9/11 Memorial site. As it was nearing the stroke of midnight, the place was eerily deserted and predominantly in darkness. We strolled around the perimeter of each memorial, silently taking in the enormous footprint of where both buildings used to stand and the number of names imprinted in the marble all the way around. It was quite a surreal experience.

Finding our way back towards our Air BNB, we found a low-key all-night bar to finish the night in, and were up again at the crack of dawn to venture out for an organic al-fresco breakfast in SoHo. To complete our whirlwind tour of New York, we headed to Central Park for a pretzel and a quick taster of park life (there was no time to walk around it).

Heading back to the airport in an uber, I felt elated by the events of the past 24 hours. We had managed to see and do so much in such a small amount of time, and I never felt rushed or herded at any point of it (other than when trying to keep up with my brother’s casually long strides!). I never felt like too much of a tourist, and yet I knew that I hadn’t even scratched the surface of this amazing city.

It truly was the best blind-date I’ve ever had, and I know in my heart that I’ll be coming back for more. One day xo 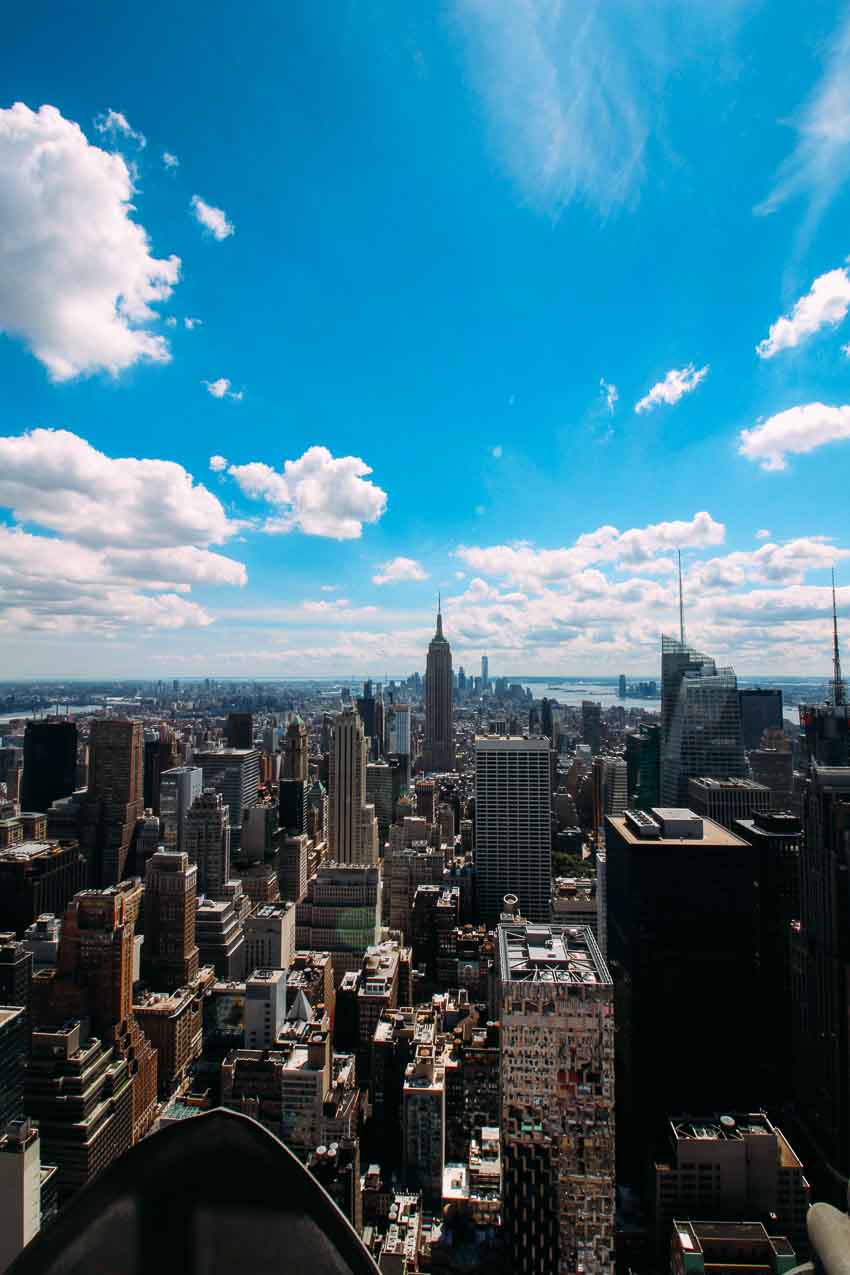 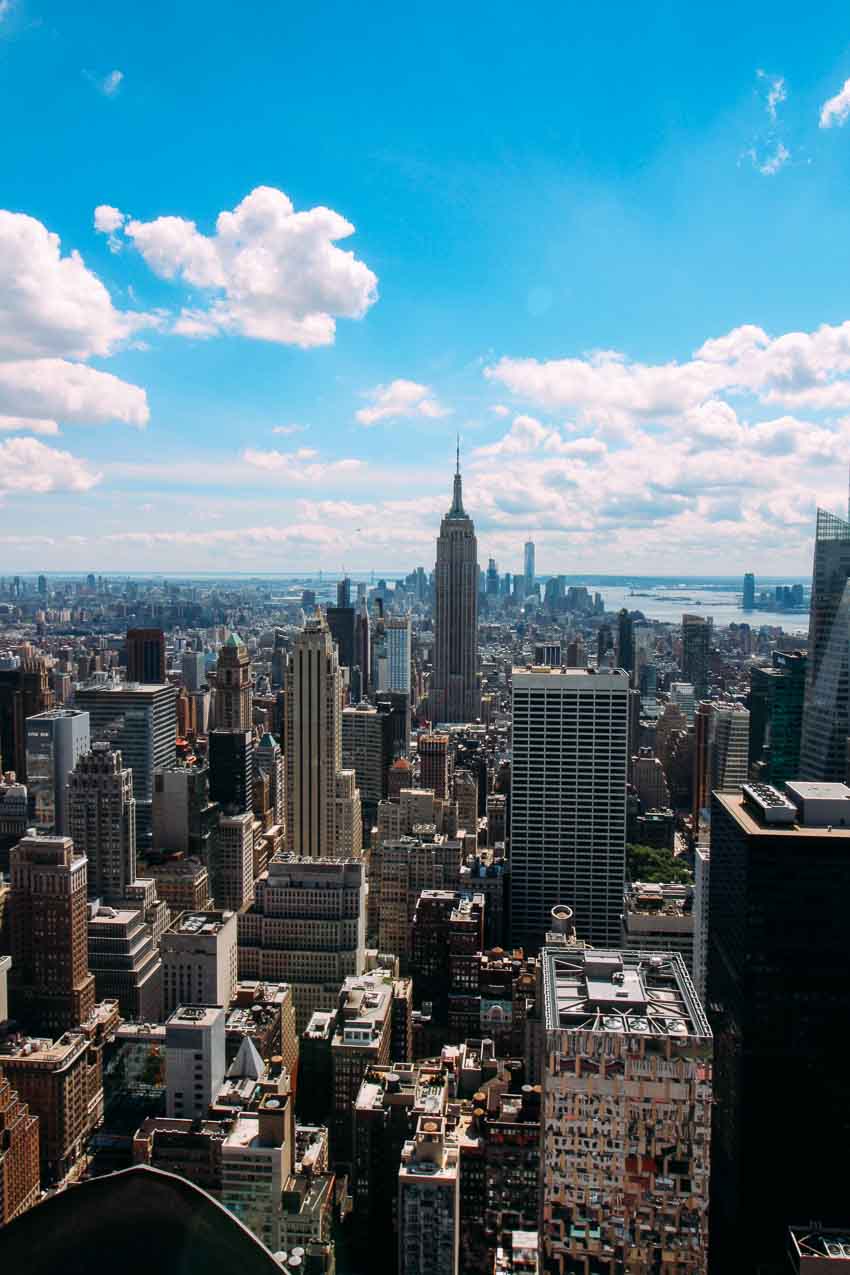 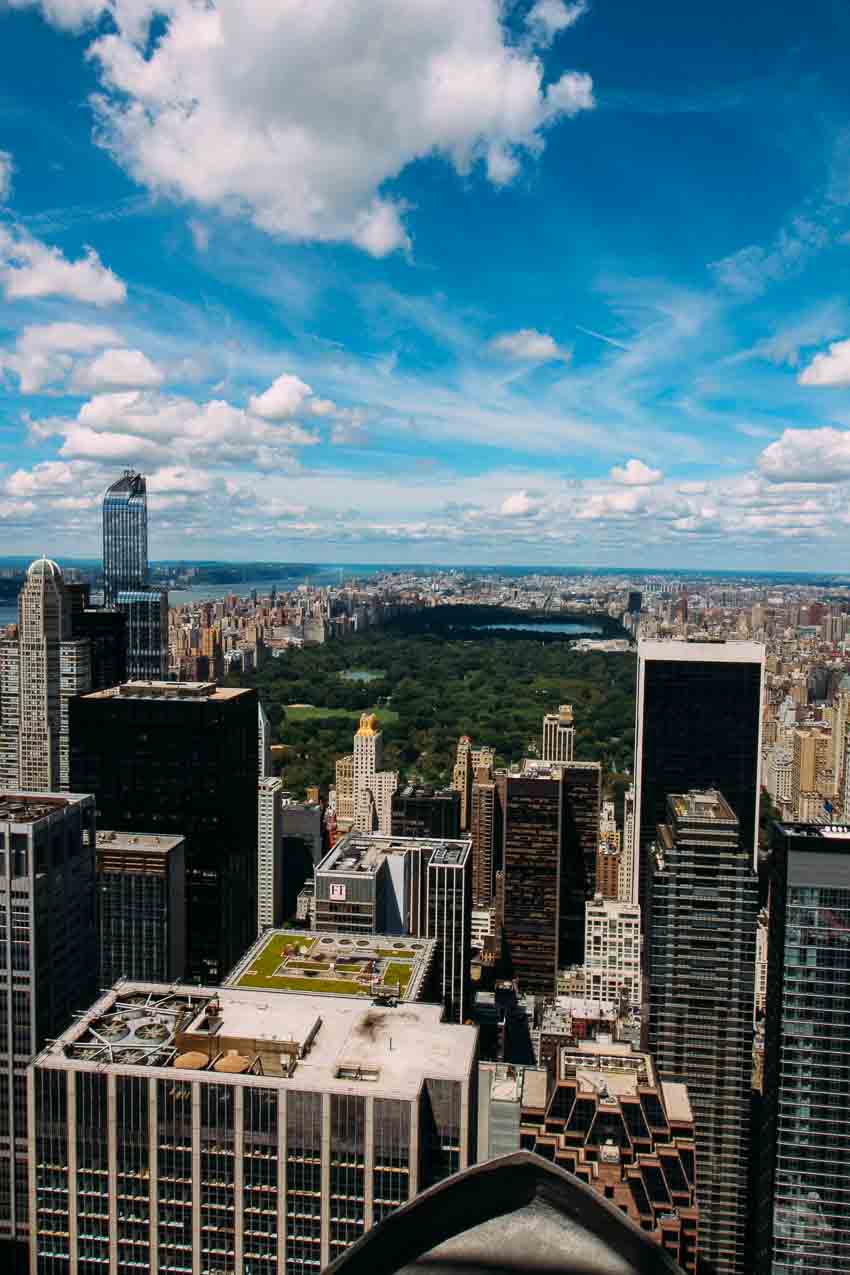 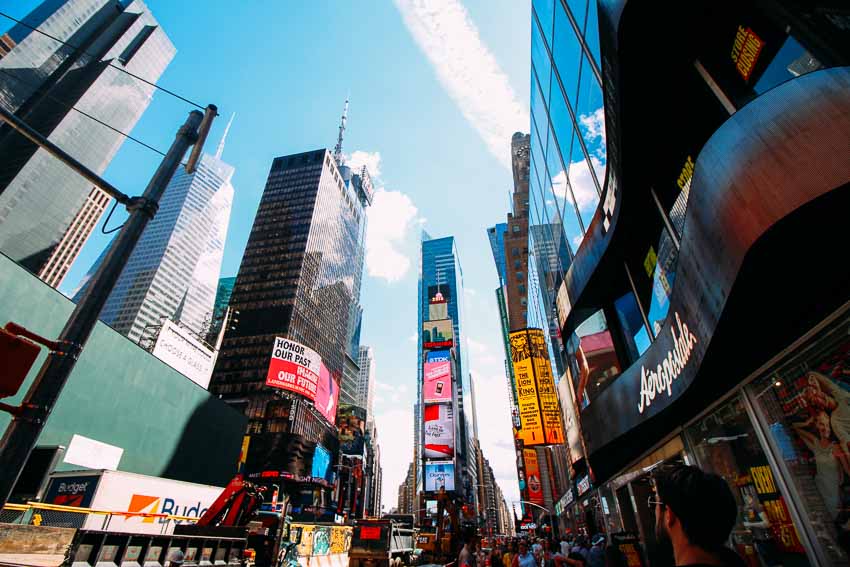 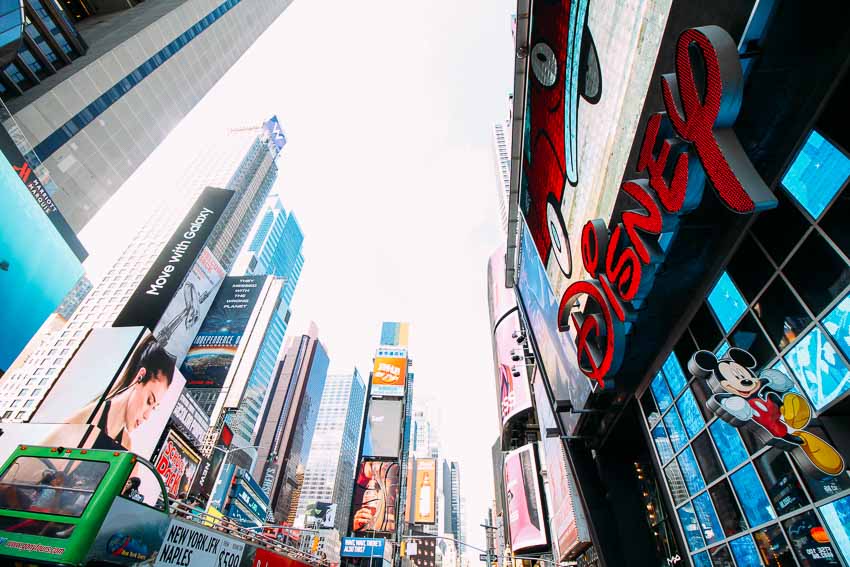 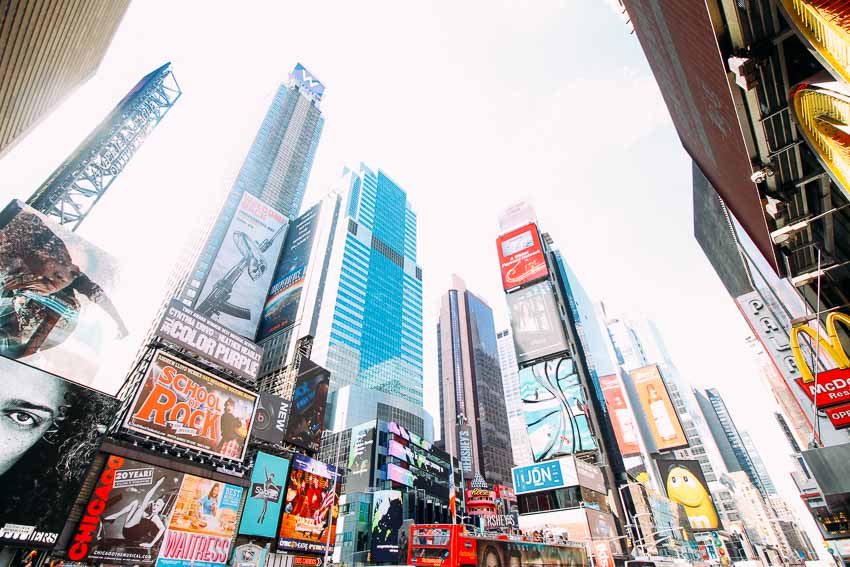 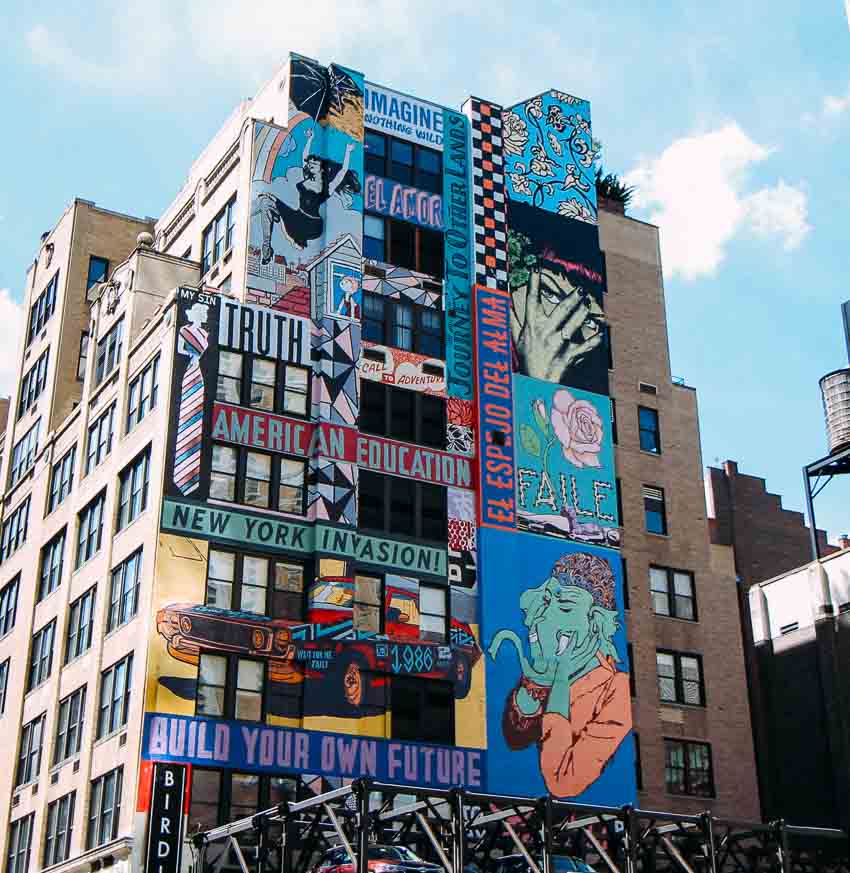 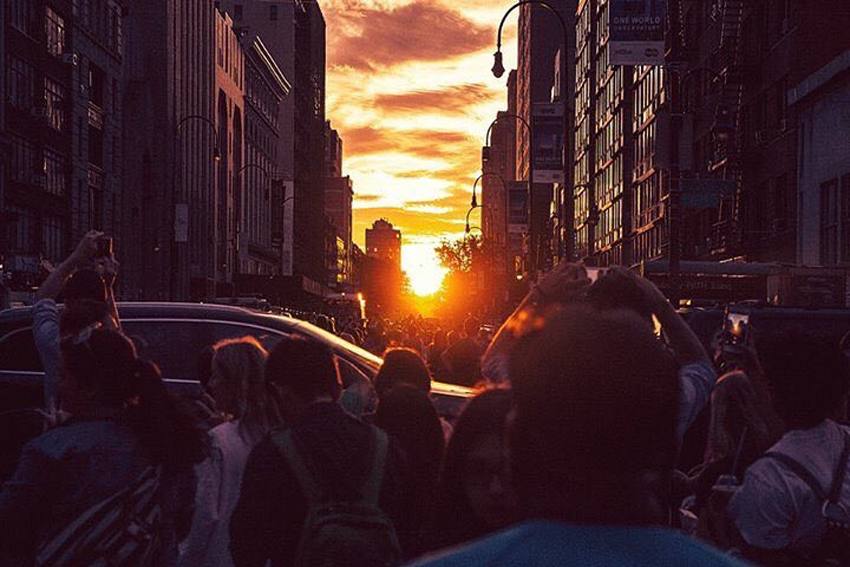